The Indian telecom department wants to pretend it’s all for net neutrality by claiming that there’s no need for regulating OTT (over the top) services like WhatsApp, Line, Viber or Skype. But it still wishes to apply certain controls over local voice calling through these web-based apps though it clearly offers a weak reason for suggesting this.

The Department of Telecommunications (DoT) thinks a certain amount of ‘regulatory oversight’ is necessary to even out the playing field between applications such as WhatsApp or Viber and mobile operators since they don’t have to follow the same rules. In other words, the governmental body is leaning on the same argument companies like Reliance, Vodafone and Airtel having been using in this whole net neutrality debate. 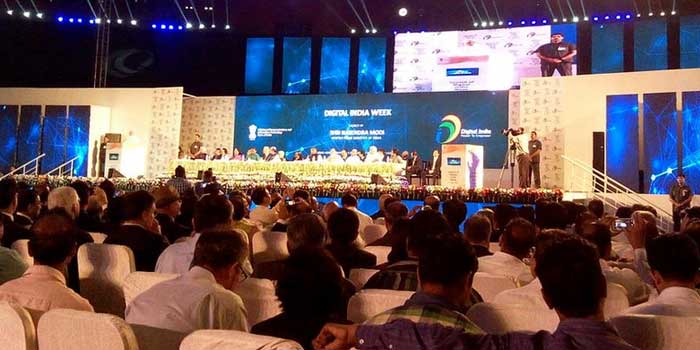 Partial regulation of Internet-based services makes no sense if the department is in favor of full net neutrality. Network providers have been complaining all along about OTT apps eating into their SMS and voice revenues, while totally ignoring the fact that they didn’t bother to invest in such technology when they had a chance to do so and the market was still young. So why regulate voice calling, but not messaging?

The DoT’s latest stance on the situation seems to be more of a diplomatic compromise intended to keep consumers and service providers happy. Even though net neutrality has been one of the hottest topics of 2015 in India, the government shied away from revealing any concrete decision on the issue in spite of announcing Digital India Week which saw Airtel’s Sunil Mittal and Reliance’s Mukesh Ambani pledging to invest in the initiative.

Communications and IT Minister Ravi Shankar Prasad, has taken particular pains to avoid mentioning the subject altogether. Although the US’ FCC made a stand against anti-net neutrality practices by laying a $100 million fine on AT&T for slowing data speeds on unlimited plans, things are not looking great in other parts of the world. The EU Council, European Commission and European Parliament backed the creation of a two-tier Internet recently.

The three bodies have banned paid prioritization in the open Internet, which means service providers cannot slow down or speed up access to select websites or services. But they also slipped in a ruling for allowing companies to deliver premium services. In other words, a platform like Airtel Zero that lets big brands pay for more visibility over smaller rivals would be perfectly legal in Europe. It’s one of the biggest blows to net neutrality in recent months.

Back in India, the Economic Times reports that the DoT will need to consider public opinion and recommendations from the telecom regulatory authorities before announcing its decision on net neutrality. Until then, everyone will be left guessing about what’s on its mind.