Motorola is apparently going to launch a new smartphone in India on May 13 and this could be the Moto E we’ve heard rumors about previously. Motorola has been sending out invites for an event which is to happen next week in London on the said date and another unveiling will be taking place simultaneously in India.

Former CEO of Motorola, Dennis Woodside, had once expressed interest in breaking the smartphone market with a product cheaper than the already inexpensive Moto G. In an interview with TrustedReviews, he said that there’s high demand for a handset priced at less than $179. 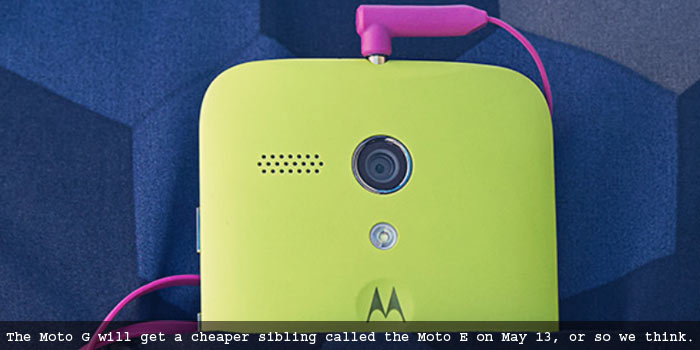 Could this possibly mean that the Moto E will cost less than Rs 10000 in India? Motorola has already given us the Moto G which has impressive features for a Rs 12500 – Rs 14000 handset. We’re talking about a 4.5-inch display, Android KitKat onboard, 1GB of RAM, a quad core chipset, a 5MP main camera and a 2070mAh battery.

As you can see from the purported specifications of the upcoming device, it will only have a dual core SoC, but still feature 1GB of RAM. We don’t think users will be forced to make do with 4GB of internal memory in case they don’t feel comfortable with cloud storage. It may actually embed a microSD card slot for expandability, unlike the Moto X/G. 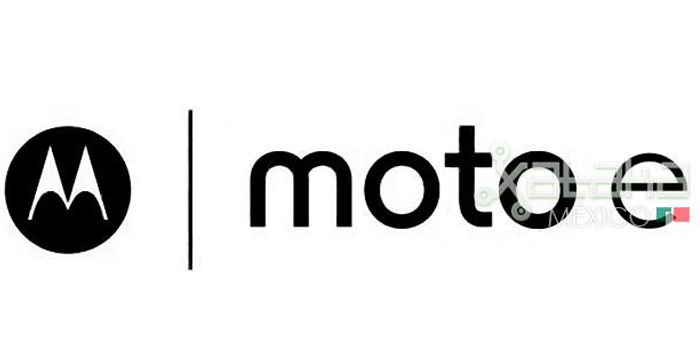 The Moto E specifications listed above were leaked by Xataka Mexico only last week. Maybe this means Motorola’s budget smartphone is close to launch date? The details about the London launch comes courtesy of Android Central.