The Moto E has been one of Motorola ’s most popular smartphones in India and while its larger siblings have already been treated to the latest Google OS update, Lollipop is almost here for the device in question. Reports making the rounds claim that the brand has started inviting users in India for a soak test where they will be able to evaluate the Android 5.0 upgrade before it’s rolled out to the masses.

The emails are basically sent to Motorola Feedback Network members and it looks like the firmware is yet to get seeded. GSMArena is reporting this information citing STJA Gadgets as its source. As you probably know, soak tests usually run for around a week or two and if everything works out well, we could soon see Android Lollipop reach all Motorola Moto E users in India this month itself. 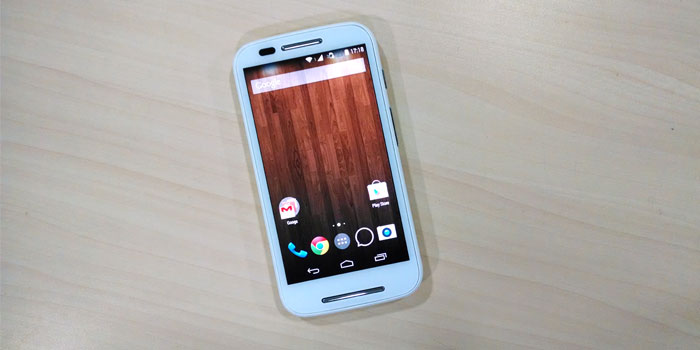 The Motorola India Fans Facebook page (not official) also reported about the soak test invites being issued and we’ve even seen a few thread about the same on XDA, further confirming the news. The fan page went on to explain why the update has been delayed for most Motorola devices stating that bugs in the original 5.0 release caused issues with Wi-Fi, calls, Bluetooth and battery drain on non-Nexus devices.

And version 5.0.1 didn’t really fix the problem which is mainly why the new updates are rolling out with 5.0.2. Additionally, Android 5.1 is just around the corner, but we doubt the Moto E will be getting it anytime soon.

Here’s a recap on what the Motorola Moto E offers in specs:

Stay tuned for updates on Android 5.0 Lollipop for the Motorola Moto E smartphone.