Home Games Mobile Games are Twice as likely to be played by Casual Online... 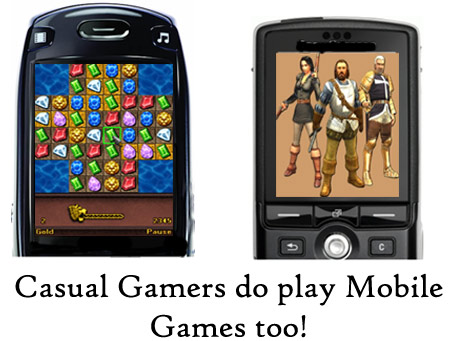 The survey was conducted in North America. When it was questioned if the gamers played games on their mobile phones 22% assured by answering ‘yes’ and 16% partially agreed by saying ‘sometimes’. According to latest figures from M:Metrics, the combined 38% was compared favorably to the industry average of 20.5% of North Americans who played mobile games on their handset each month. The time online casual gamers were queried about how often they play games, 66% replied saying on a daily basis and 22% replied three times a week.

David Gosen, President, I-play states : “The frequency with which online casual gamers play is noteworthy and the fact that this group have twice the propensity to play mobile games as the average mobile user is hugely exciting and positive for the mobile games industry.”

He further added by specifying, “Further potential is shown by the fact that nearly half of people surveyed would want to play their favorite online game on mobile, providing another positive indication of the cross-pollination opportunities between the two gaming communities. This reinforces our position first company to deliver global, integrated casual-games solutions across the ‘three screens’ of PC, mobile and iTV.”