Microsoft is rolling up its sleeves and getting ready to offer last mile Internet connectivity for free in India. The technology will employ the unused buffer frequencies between TV channels which is known as white space, to deliver data access to a large part of the population.

With big rivals like Google and Facebook pledging their support for Prime Minister Narendra Modi’s Digital India campaign, it was only a matter of time before Microsoft did the same. CEO Satya Nadella has already spoken about setting up local data centers here seeing as there’s huge potential for cloud-hosted services. 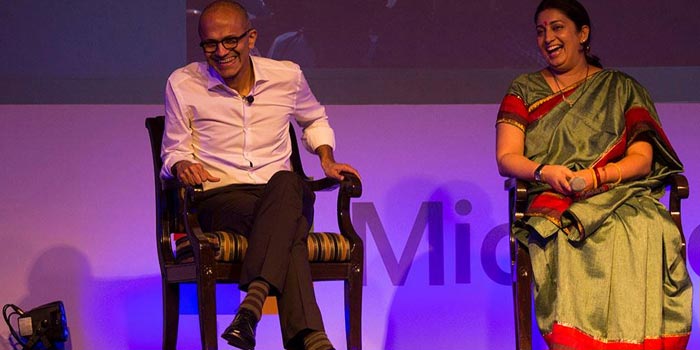 Less than 20 percent of the Indian population has access to the Internet currently, which means there’s plenty of space for growth in this direction for service providers and manufacturers of related equipment. Microsoft’s white space initiative has already been rolled out in South Africa and the UK previously.

Setting up wired infrastructure for remote areas in India can be a daunting task and Wi-Fi has a maximum range of 100 meters. But unused spectrum in the 200MHz to 300MHz band in the white space can connect people within 10 kilometers of it. This makes it a good alternative for beaming broadband connectivity to villages.

Microsoft India’s Bhaskar Pramanik notes that the state-run Doordarshan owns the idle buffer frequencies in the aforesaid band. This can be harnessed for delivering last mile (end-user) connectivity for which the company has already sought clearance with regards to a pilot project, says a post on the Hindustan Times.

If the pilot project covering two districts is successful, Microsoft can set up similar infrastructure for free Internet on a wider scale. Meanwhile, the government is working on a $4 billion National Optical Fiber Network venture which is aimed at connecting 2-lakh villages across India.