The Microsoft Lumia 535 is the first smartphone from the series to go official without Nokia’s branding on it and while the handset has been praised by many, it isn’t free from the usual issues. Reports online claim that users are experiencing a bug which affects the touchscreen where the sensitivity is to be blamed.

From what we know, the Microsoft Lumia 535’s display is having a hard time recognizing multiple touches made simultaneously. And WMPoweruser is reporting that certain touch-related features including swipe typing on the keyboard and the ability to activate attributes like the ellipse menu buttons are affected due to the bug. 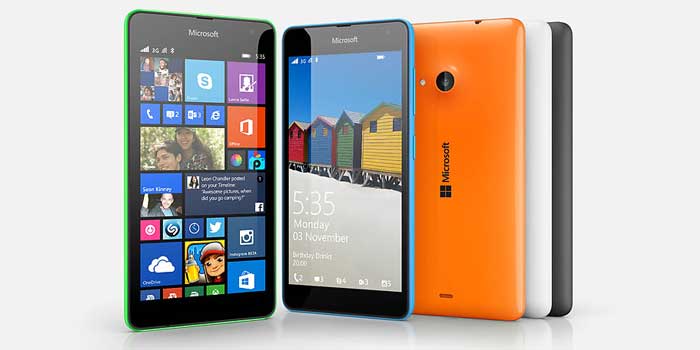 The report goes on to say that Microsoft is already aware of the problem and is working on a fix which is expected to arrive via a software update. There’s no word on when the issue will be rectified, but at least the company is quickly working on a solution.

Also read: Lumia customers in India will be treated to Microsoft buyback offers

The video below gives a better look at the issue and is in Vietnamese, but you’ll still be able to understand what’s going on. The Lumia 535 is an upgraded version of the 530 smartphone and it offers great features at a very affordable price.

Here’s a refresher on the Microsoft Lumia 535’s key specifications:

If you’re facing the touchscreen bug on the Microsoft Lumia 535, we recommend taking the phone to a service center instead of waiting for the update. You could also try to deactivate the Screen Magnifier tool under the Ease of Access tab in settings as some users are reporting that it helps reduce the impact.