Home Micromax Micromax Unite 4 Plus up for sale in India

The Unite 4 Plus was recently launched by Micromax for Indian audiences. The smartphone is a new version in the Canvas Unite series by the popular mobile phone manufacturer. It has support for 12 regional Indian languages thanks to the Indus 2.0 software installed on it.

The 5-inch screen on the Micromax Unite 4 Plus delivers visuals in 1280 x 720p resolution. The phone has a 1GHz quad core MediaTek MT6735P processor and 2GB RAM for operations. The OS for the phone is Android 6.1. Its rear camera is of 8MP resolution with flash and auto-focus, while the front camera is a 5MP one. 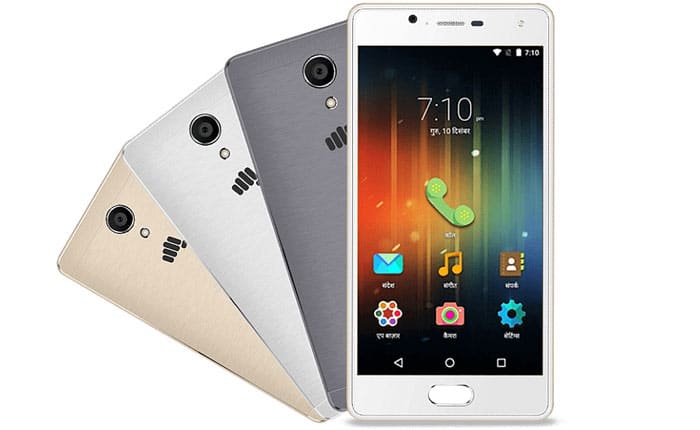 Internal memory is set at 16GB with expandability of up to 64GB. The phone has a fingerprint sensor on the front for easy unlocking. That’s pretty neat given its cost of Rs 7999. Connectivity options include 4G, Bluetooth, Wi-Fi, an audio jack, GPS and micro USB.

What is interesting about the smartphone is the Indus keypad that enables you to write in regional languages. You can convert English text into audio in any one of the included local languages using the Indus Reader. The phone also translates text into text in other Indian languages by using the Indus Swipe Translate feature.

Here are some of the broad specifications of the Micromax Unite 4 Plus:

The Micromax Unite 4 Plus is priced at Rs 7999. It is available in champagne gold, silver and grey color variants on Amazon India and Micromax stores.