Those rumors about the Micromax Canvas Win Microsoft Windows Phone 8.1 handsets have finally gone legit, with Micromax having launched the W121 and W092 for Rs 6500 and Rs 9500, respectively. So Windows Phone is finally ripe for the inexpensive smartphone market segment in which Android has been enjoying a free run for so long.

Back in March, Microsoft had announced free Windows Phone licenses for Indian manufacturers as well as Micromax amongst its new OEM partners, if you remember. This move was understood to be aimed directly at Android’s heart and also at improving Redmond’s chances in the country which boasts of being one of the fastest growing smartphone markets in the world. 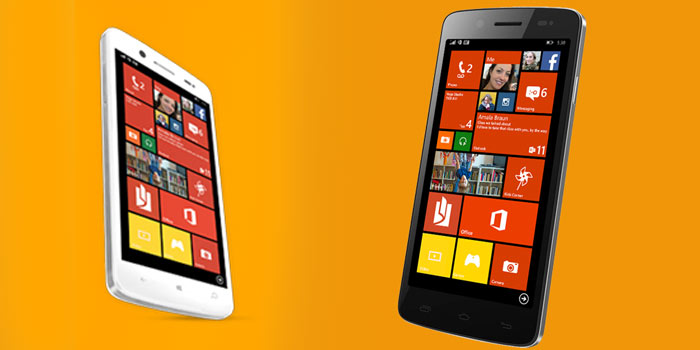 The Micromax Canvas Win W121 and W092 feature mid-range specs and run on Windows Phone 8.1. The first is a 5-inch Micromax device, while the second one has a 4-inch screen. Both arrive with the inevitable dual SIM card slots of course, and quad core Qualcomm Snapdragon 200 chips. And their cameras happen to be equipped with flash units.

The Micromax Canvas Win W121 and W092 phones are set to be launched in India this July. Meanwhile, there’s no word on the handsets Lava and Karbonn were planning to release with the Windows Phone OS onboard.