The Android One program in India is getting a new competitor in the form of the Micromax Canvas Pep smartphone which has been officially launched at Rs 5999. Not only does the new release fall in the same price range as the Google-backed project, but also offers very similar features.

The Micromax Canvas Pep is an average looking handset which runs on Android 4.4 KitKat. As mentioned above, it’s quite similar to Google’s Android One devices (including the Canvas A1) mainly in the hardware department. The same 1.3GHz quad core processor powers it up and a 4.5-inch FWVGA display can be found on the front. 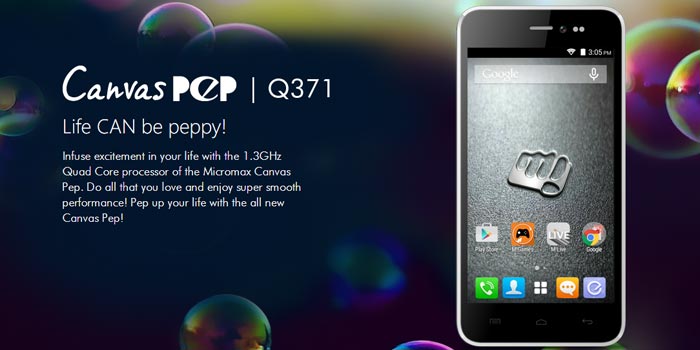 A VGA camera is also placed above the touchscreen and there’s a 5MP shooter on the rear with an LED flash. On the inside, the Micromax handset has dual SIM card slots and offers 3G connectivity. Storage is taken care of by 4GB flash memory and a microSD card slot, while the RAM is pegged at 1GB.

The Canvas Pep comes with a 1700mAh battery and is capable of delivering up to 6 hours of talk time or around 210 hours of standby. Overall, the phone is more or less identical to the Canvas Xpress A99 which is currently selling for as low as Rs 6399. What’s different is that the latter is getting Lollipop and has a larger 1950mAh battery with double the internal storage. 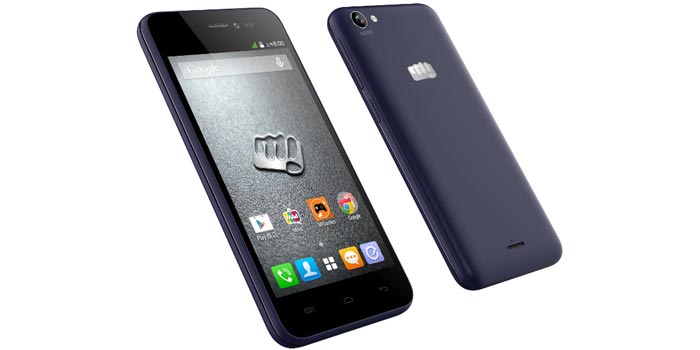 The Micromax Canvas Pep will available for purchase through online and retail stores in options of white and blue.