You’d think Micromax would have chosen any other time but the MWC week to launch the Canvas Fire 4 into India with Android 5.0 inside, and a pretty attractive price of Rs 6999 in tow. This brings the total of the company’s handsets running on Lollipop to two, if you include the update that was offered for the A99 previously.

The Micromax Canvas Fire 4 is scheduled to hit brick-and-mortar stores as well as online retailers anytime soon, though it has yet to be listed on the company’s official website. One of the smartphone’s main features is the Cirrus Logic Wolfsan Stereo DAC (WM8918) technology and dual front speakers that it embeds in order to optimize the audio experience for users. 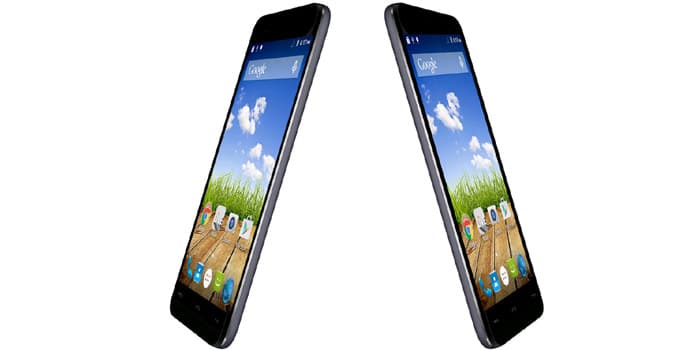 The specs sheet of the Canvas Fire 4 covers a 4.5-inch FWVGA resolution screen protected by Corning’s Gorilla Glass 3, a quad core processor of unnamed origin which is clocked at 1.3GHz (we bet it’s from MediaTek) and 1GB of RAM. Micromax has released three other devices in the same series until today, as you can very well guess by the name given to the handset.

As you can see from the details we’ve mentioned above, the Canvas Fire 4 does little to distinguish itself from the Canvas Pep. But it does come with a better camera of 8MP as opposed to 5MP, a higher capacity battery and double the amount of internal storage. It’s even been stuffed with apps like Snapdeal, MAD, Chaatz, Clean Master, Newshunt, Paytm, Saavn and more.

Micromax also released the Canvas Selfie phone only last month for Rs 15999. It does much better in the specifications department when pitted against the aforesaid pair of devices. It’s got 2GB of RAM, 16GB of hoarding space, a 2300mAh power house, a 1.7GHz octa core processor, a 13MP main snapper and a 4.7-inch IPS touchscreen spitting out visuals in 720 x 1280p HD resolution.

And staying true to its moniker, the Micromax Canvas Selfie lands with a 13MP front camera too. Apart from the usual gimmicks such as skin smoothing, teeth whitening, face slimming and so on, the lenses really make an impression with their LED flash units on the front and back, and Sony sensors.