After numerous leaks and reports, the HTC One M9 smartphone has gone official and it tags along various improvements over the previous flagship. The new handset continues to flaunt a full-metal unibody design for a premium luxury look and it has some of the beefiest hardware on the inside.

The biggest disappointment of the HTC One M9 is that it looks a lot like its predecessor. We weren’t really expecting major changes to the form factor, but you’re probably going to be disappointed if you did. Basically, the front panel looks almost untouched and it would have been nice to see the BoomSound speakers get hidden from sight like in the new Desire handsets. 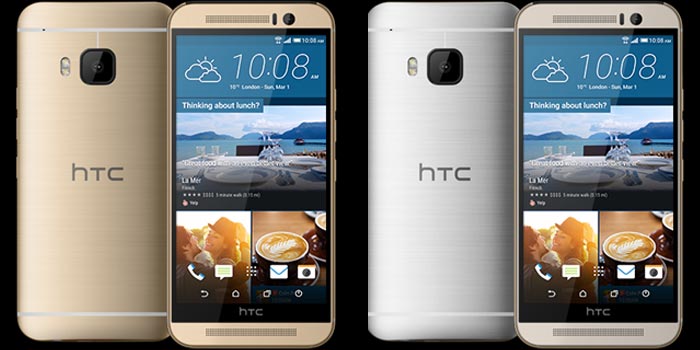 Speaking of which, the stereo speakers are much better than before and HTC has teamed up with Dolby for 5.1 channel surround sound. On the rear, you’ll see that there’s only one camera and no additional depth sensor. Also, the company has gone with a square housing instead of a circular one which has been found on almost all of its phones.

The rear continues to flaunt a brushed metal texture and the handset has been give a dual-tone finish where the sides flaunt a different color. The One M9 is loaded with Android 5.0 Lollipop along with the new Sense 7 UI. The company has reintroduced themes on its software suite and there’s a dedicated app for customizing the interface. The Eye Experience is also onboard to complement the UltraPixel front camera and the 20MP main snapper which has a sapphire cover lens. 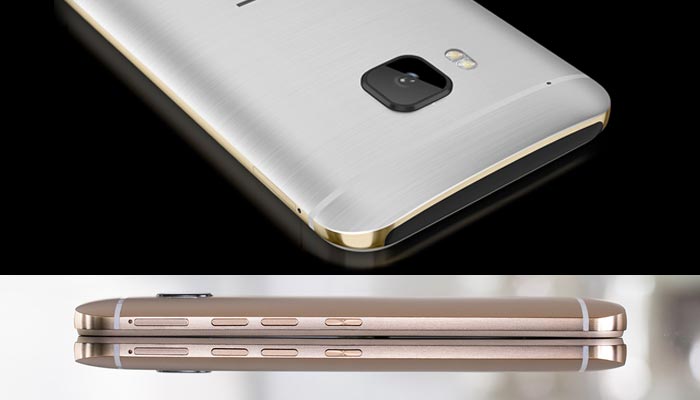 The HTC One M9 will be first making its debut in the US through AT&T, Sprint, T-Mobile and Verizon this spring. The phone will also be available unlocked, but no price details have been provided as yet.