Remember how the Micromax Canvas 4 was unveiled at Rs 17,999 earlier this month? Well, that scenario has changed a bit. With the smartphone not available through the Micromax website at present and seeing as its demand is skyrocketing, some e-retailers have taken advantage of the situation and put the handset on sale at higher MRPs.

One of the online outlets we are talking about includes Flipkart wherein the Android smartphone can be found pinned at Rs 19,990. Snapdeal which had earlier increased the phone’s amount to Rs 19,790 has gone back to selling it at Rs 17,999. Both sites are offering the gadget along with EMI schemes of three and six months. 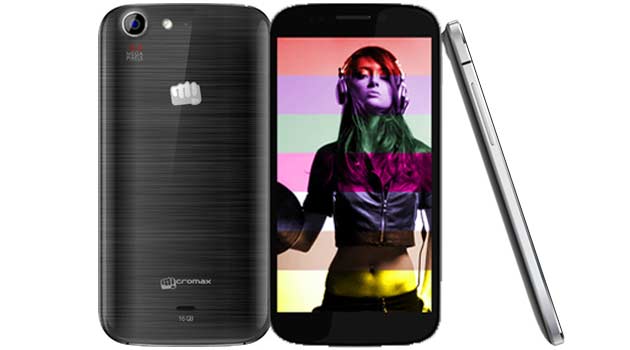 While Snapdeal has currently stocked only the smokey grey-hued variant, Flipkart also holds possession of the model drenched in pristine white. Those hunting for the white unit might be pleased to learn that it is up for grabs parading a retail tag reading Rs 18,499.

eBay is yet another online shopping portal through which potential buyers could purchase the Micromax Canvas 4. The device can be spotted on the outlet at varying rates, starting from Rs 18,390 and running right up to Rs 21,499. 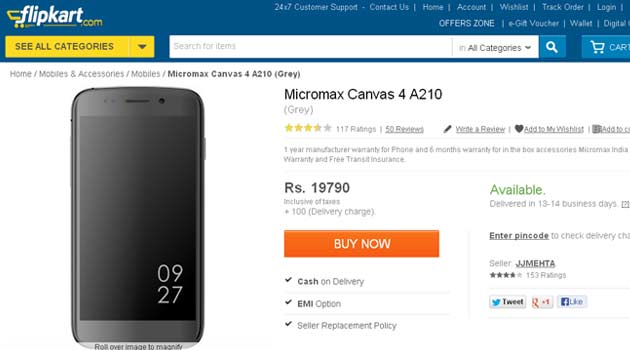 However, there’s still hope for interested folks who found the earlier MRP apt for the Canvas 4, considering that it has struck Saholic and Infibeam tagging along its original price.

Seen below is a list of the smartphone’s key specifications: