Overcoming the language barrier that’s always an issue in nations like China, Facebook CEO Mark Zuckerberg, gave students of the country quite a surprise by speaking in Mandarin for almost 30 minutes. This happened during a question-and-answer session at the Tsinghua University which has appointed him as a member of its advisory board.

The long video in the space below shows exactly how the discussions went, and while Zuckerberg himself admitted that his Mandarin was ‘horrible,’ the students were pleasantly shocked and quite impressed. He admitted that the reason he knows the language is that his wife is Chinese, and that her entire family speaks Mandarin. 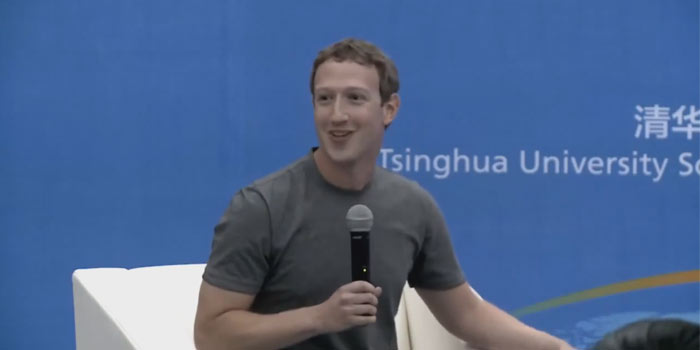 The Facebook CEO’s visit to the country is of special importance because the social network still remains banned in China. The country being a massive market for any kind of product that’s launched there, Zuckerberg would surely love to introduce its citizens to the world’s biggest social networking platform.

He was indeed questioned on this topic during the discussion. When a student asked about Facebook’s plans for China, the billionaire quickly responded with a ‘We’re already in China.’ He then went on to elaborate that the site indirectly helps Chinese companies by allowing them to gain customers in other nations.

Also Read: Facebook doubles the bounty on bugs found in its ads code

The site has been facing a ban in the country since way back in 2009. While his visit to China has little to do with any attempt to revoke this ban, his warm reception in the nation surely echoes its citizens’ opinions related to the website.

Mark Zuckerberg had recently also visited India for the Internet.org summit which is aimed at making web access affordable to people all across the globe.