Just short of being a tablet, the 6-inch-display equipped Samsung Galaxy Mega 2 has landed in India with its large form factor and a price tag of Rs 20900. As had been predicted, this Android 4.4 KitKat smartphone has arrived in the country quite soon after its debut late last month.

The Galaxy Mega 2 is now available for purchase at the above mentioned cost through the company’s eStore for the company. It’s expected to land on e-retail websites and offline stores soon as well. 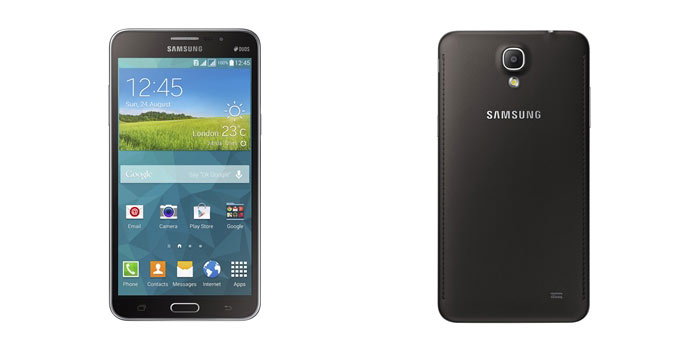 This Samsung phone grabs a 6-inch monitor that is of the TFT type and an HD resolution of 720 x 1280 pixels. A 1.2GHz quad core processor powers it from within, gaining assistance from a 1.5GB RAM module. There’s an 8MP rear camera onboard as well, apart from a 5MP front snapper.

The Samsung Galaxy Mega 2 runs the Android 4.4 KitKat OS, but its maker has of course blessed it with its own user interface and proprietary apps. These include Group Play, S Health, Ultra Power Saving Mod and more.

Aside from 8GB worth of storage space, the Galaxy Mega 2 also houses a microSD card slot that supports further expansions of up to 64GB. It can be bought in the familiar white and black color options.

A quick look at the key specs of the Samsung Galaxy Mega 2:

Samsung Galaxy Mega 2 is being sold now through the company’s eStore at Rs 20900, so that’s where you should be headed if you’re interested in purchasing it.