The Lenovo Yoga 2 lineup has been upgraded with three new tablets and the company has also unveiled a fresh Ultrabook laptop under the Yoga 3 Pro branding. The latest Lenovo devices are all powered by 64-bit Intel processors and they pack some pretty impressive features to boot.

The Lenovo Yoga 2 lineup comprises of an 8-inch and 10-inch model and while they both offer similar specs, you get to choose which OS will be preloaded. Your options are Windows 8.1 and Android 4.4 KitKat and there’s only one processor family which natively supports both platforms – Intel’s fourth generation Atom SOCs, the 1.86GHz quad core Z3745 chip to be exact. 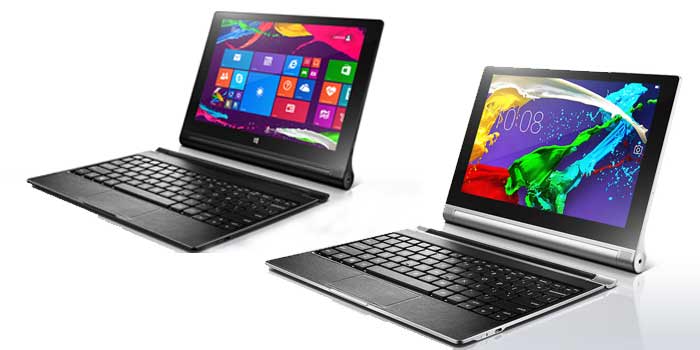 The Android models come with 16GB of flash storage and can dish out up to 18 hours of battery life, while the Windows versions have 32GB of onboard memory and are capable of around 15 hours of activity. The Chinese OEM is offering all models with dual band Wi-Fi with optional 4G in select countries.

Here’s a quick roundup of the Lenovo Yoga 2 specs:

The Yoga Tablet 2 Pro is a 13.3-inch device and it runs on the same Intel processor as the aforementioned slates. Apart from being bigger, the device offers a 2560 x 1440 pixel IPS touchscreen, Android 4.4 KitKat (no Windows option here) and up to 15 hours of battery. There’s a Pico projector integrated as well, which can throw out visuals at 50 inches maximum. But only expect 3 hours of battery life with this feature enabled.

Last on the list is the Yoga 3 Pro Ultrabook which flaunts a convertible form factor made possible by the hinge design which allows you to flip the screen all the way to the other end. This lets you to use the notebook in different modes like tent, tablet and stand. The device is pretty slim measuring 12.8mm and lightweight as well, at 1.19kg. It also has a fanless design owing to the use of the new Intel Core M processor. 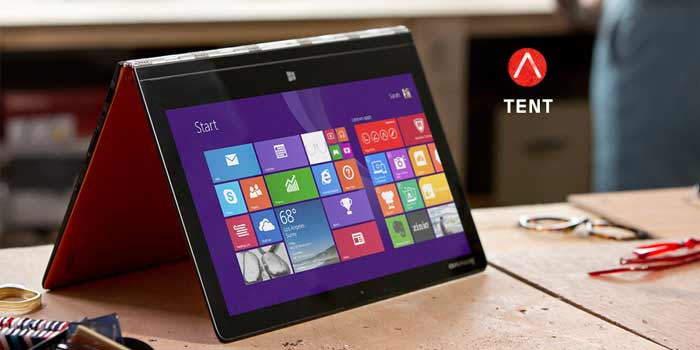 The Lenovo Yoga 2 slates powered by Android are priced at €229 and above, while the Windows versions start at €249. The Yoga Tablet 2 Pro is tagged at €499, while the Yoga Pro 3 Ultrabook costs €1599 and above.