The Lenovo IdeaPad Yoga 13 and Yoga 11 have finally made their official debut with the company now announcing their price and release date details. While the former runs on the upcoming Windows 8 platform, the latter brings in a taste of the Windows RT OS.

First up is the Yoga 13 that comes with a hinge that lets it rotate up to 360 degrees and double as a tablet. This 13.3-inch Lenovo device is equipped with an HD IPS touch panel in addition to the Motion Control technology that enhances the UI. On the entertainment front, it tags along Dolby’s Home Theater for better sound quality. Cast in a sleek frame that measures 16.9mm in thickness, the slate packs in a 3rd generation Intel Core processor and it is capable of delivering approximately 8 hours of run time on a single charge. 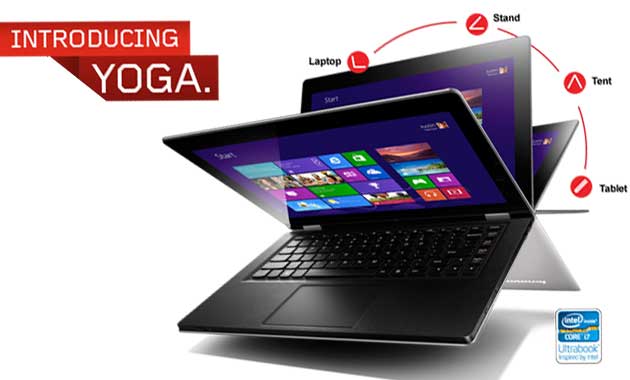 Next we have the Yoga 11 which as the name suggests, carries an 11.6-inch display. Scaling 15.6mm in thickness, it supports HD video playback and features an Nvidia Tegra 3 quad core processor. Users will have Microsoft Office for creating and editing documents, spreadsheets and presentations whilst on the move. Both convertible IdeaPads can be positioned in different ways to suit the requirement. For example, customers can flip the keyboard behind to support the tablet while watching movies or place the device upright for gaming and video conferencing. The slab can deliver up to 13 hours on a complete charge. 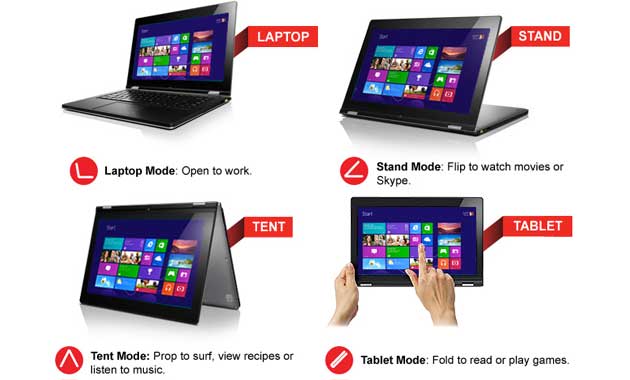 From October 12, the Lenovo IdeaPad Yoga will be available at a starting cost of $1,099. On the other hand, the Yoga 11 will hit streets sometime during December for $799.