The affordable new Lava QPAD R704 is distinguished by the fact that it features voice calling capabilities, and also that it kicks in a quad core Snapdragon processor. Priced at just Rs 8499, this Android tablet has been targeted by the company towards young working professionals, students and even the enterprise segment.

Something worth noticing is the appearance of the slate, with its brushed metal rear surface. But what’s not pleasing is the fact that it runs the Android 4.3 Jelly Bean OS when other tablets of its class have already started offering the KitKat treat to their buyers. Lava has promised an update to Android 4.4 KitKat in the future however. 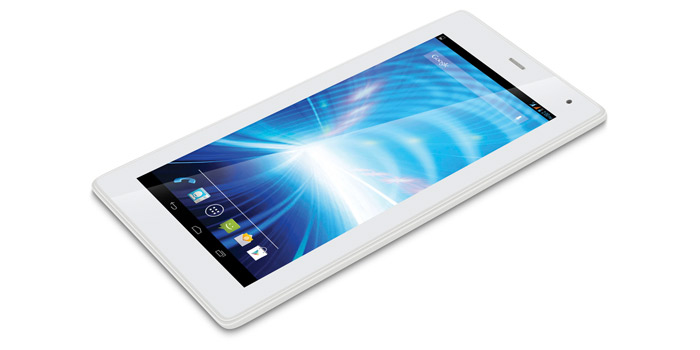 Coming to the components that form part of the QPAD R704, they are highlighted by a 7-inch IPS display that showcases its visuals in a resolution of 600 x 1024 pixels. This device houses inside it a Qualcomm-made 1.2GHz quad core processor, the Quick Charge technology on which allows 30 percent faster charging times.

Lava has blessed the slate with a 2MP rear camera and a 0.3MP front one. While all basic connectivity options including 3G are present onboard the device, a 3500mAh battery with a standby time of 300 hours and a talktime of 10 hours has also been granted to it.

Here’s a neat look at the specs of the Lava QPAD R704: 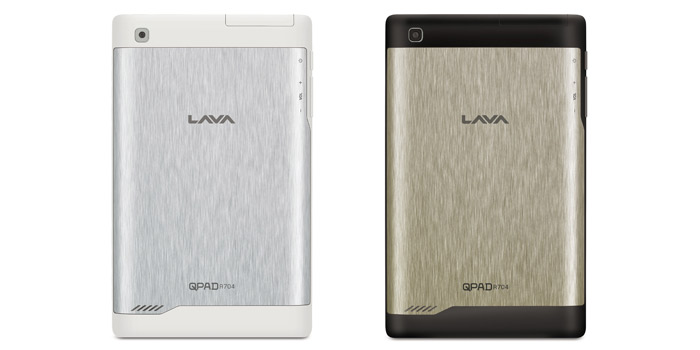 The Lava QPAD R704 is now available for purchase all over India through retail stores and multi-brand outlets at its above mentioned price of Rs 8499.