A certain Lava Iris Fuel 60 has arrived as the latest member in the synonymous series and it’s entering a market which has no shortage of phones with high capacity batteries. The latest phone is a mid-range release which is quite surprising considering that it will be available for just Rs 8888.

What makes the Lava Iris Fuel 60 a good pick for marathon users is that it carries a 4000mAh battery which is double the capacity of the standard 2000mAh cell that most devices in this category pack. The power pack is massive indeed, but still far from the 5000mAh capacity which Gionee’s Marathon M3 offers. 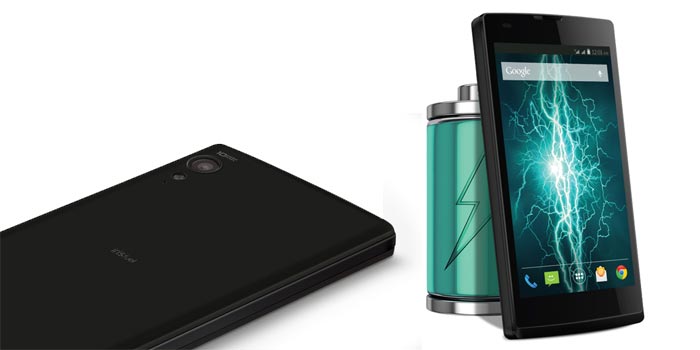 Well, there’s no complaining considering the amount being asked for the device in question. The company’s official estimates reveal that you can get as much as 32 hours of 2G talk time or 13.5 hours on 3G which is pretty less. And the phone’s battery ‘doesn’t give up before 2 days’ of continuous music playback with earphones plugged in.

Additionally, there’s fast charging support which gets the power pack to its full capacity in just 3 hours and 15 minutes. On the hardware front, the Lava phone comes with a 5-inch 720p HD IPS display which sports protective a coating of Corning Gorilla Glass 3, and it’s powered by a 1.3GHz quad core processor.

The Lava Iris Fuel 60 does have a good amount of competition to face in this segment, but the retail tag and features being offered certainly hit the sweet spot.