The Lava Iris 405+ smartphone has just been released and it builds up on the success of the Iris 405, as the name clearly suggests. It has been launched in India merely 8 months after the original gadget, but there’s not much difference between their prices. Let’s see what enhancements the new gadget has in store for potential buyers.

The dual SIM device is packed within a compact chassis measuring 64 x 125 x 9 millimeters that can easily accommodate a 4 inch capacitive touchscreen on the front panel. It tips the scales at merely 127 grams. The handset lets you capture memories in the form of videos and images using a 5MP rear camera with LED flash and even make video conferencing calls via a 0.3MP webcam. 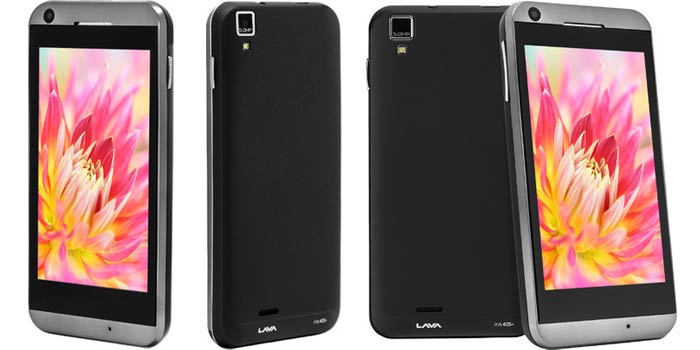 Moreover, the device brings a user-friendly interface that can be attributed to the Jelly Bean 4.2 OS. You should be able to launch multiple applications at the same time as a dual core processor sprinting at 1.3GHz hides under the hood along with 512MB of RAM. It draws power from a 1400mAh battery.

As for the Iris 405, it too is a 4-inch smartphone featuring a WVGA touchscreen as well as a 0.3MP webcam and a 5MP primary snapper. There a lot of differences in the design of the two handsets and this one is a little thicker as its exterior has dimensions of 63.3 x 125 x 10.6 millimeters. 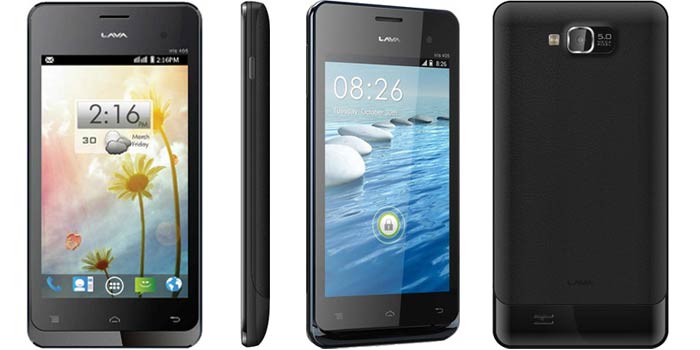 The smartphone is powered by the Android Jelly Bean platform, but its version 4.1 and it gets steam from a dual core processor which is clocked in at 1GHz. It contains 512MB of RAM, 4GB of ROM as well as the option to expand it further by up to 32GB using a microSD card. And even though the same 1400mAh battery fuels the 405, the phone can only cough up the juice for talk time of about 6 hours in the 2G mode. 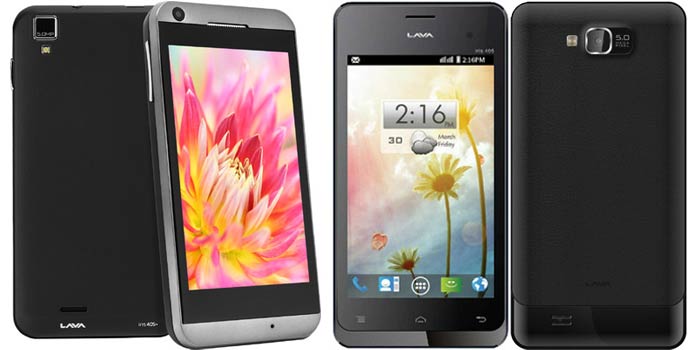 The Lava Iris 405+ offers all of the aforementioned features for a price of Rs 6,549, whereas the Iris 405 sets you back by Rs 5,999. We have a clear winner here and if a decent entry-level device is what you seek, then you can consider the new 405+. Do drop in a line in the comment section to let us know about your views regarding these gadgets.