A certain Karbonn Titanium S19 smartphone carrying a 13MP camera with a Sony sensor has been launched in India for a price of Rs 8999 as part of the company’s new Selfie range. The front snapper is of 5MP resolution and includes an IR film effect to let you click polished pictures of your own face.

The 13MP camera perched on the back panel of the Karbonn Titanium S19 smartphone boasts of an aperture of f2.0 and integrates a BSI sensor for low light photos. It comes with several useful features such as voice capture, smile detection and panorama shots. The handset runs on Android 4.4 KitKat at present and the company is also promising ‘guaranteed software updates’ for it in the future. 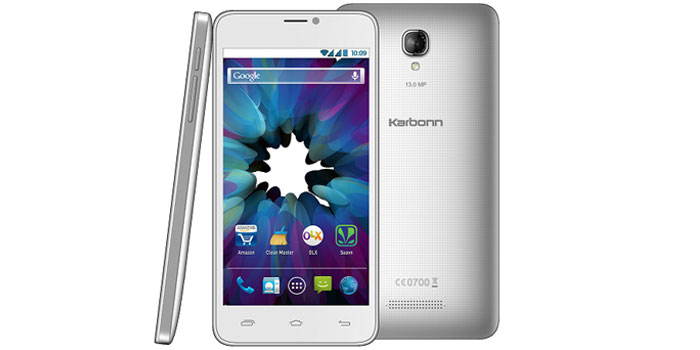 The 5-inch HD IPS OGS touchscreen nailed across the Karbonn Titanium S19 smartphone’s front is said to have gone through a full lamination process to render it extra clear and colorful. It grabs a certain iFloat Touch technology for enabling speedy access to messaging, calling, browsing and so on. What’s more, Karbonn has put Windows Phone-inspired tiles on the home screen for frequently used apps. 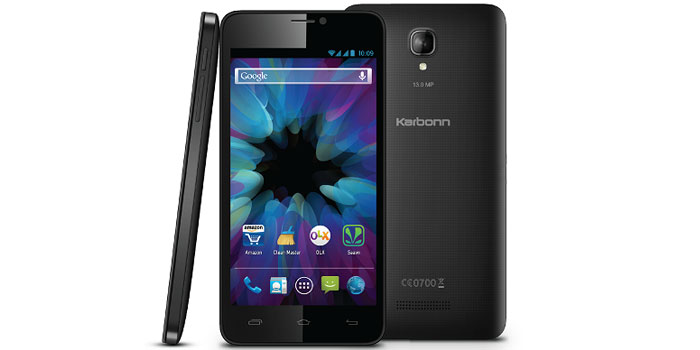 The Karbonn Titanium S19 is available for less than its officially announced price, with the lowest rate so far being quoted by Saholic. If you’d rather pay a little more for a phone with a 5MP front camera from a better fairly known brand, there’s the Micromax Canvas Knight Cameo A290.