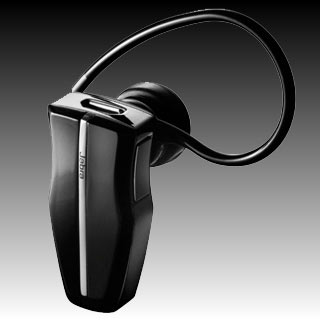 The wide-ranging Bluetooth headset series of Jabra recently received a new addition in the form of the innovative Arrow. According to Techfresh, Jabra Arrow Bluetooth headset will hit the stores in the UK by next month.

The Jabra device is compatible with Bluetooth mobile phones or other Bluetooth devices that are compliant with Bluetooth version 1.1 or higher. With the Arrow, users can effortlessly receive calls while on the move. The headset employs automatic volume control and noise reduction technologies, facilitating users to carry out clear conversations even in noisy environments.

The sleek and handy device can be worn by means of an earhook or an Ultimate Comfort Eargel. The Bluetooth device weighs just around 10 grams and packages a battery that delivers around 4.5 hours of talktime and 5.5 days of standby time. Owing to the multiuse feature, users can connect up to two devices concurrently. The Jabra Arrow is inclusive of a carrying strap that connects it to the mobile phone, enabling users to carry it conveniently.

Reportedly, the Bluetooth headset will come with a price tag of around $79.