Home Games Is Mobile the Most Popular Online Gaming Platform in India? 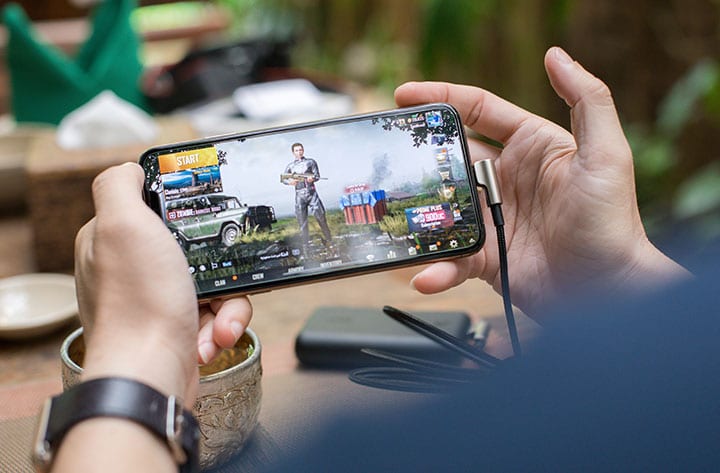 Mobile gaming is a global phenomenon, generating tens of billions of dollars in revenue each year and attracting audiences of all kinds, from casual players to hardcore enthusiasts.

From playing casino games online to competing with friends in the portable version of Fortnite, there are so many different experiences available on modern handsets, which partly explains why this pastime has become so popular.

So in India, a country where almost 1.2 billion people have cellular subscriptions, is using mobile to play games online more commonplace than any other alternative option for interactive, multiplayer entertainment?

When looking at the popularity of any online activity, it’s sensible to start by working out exactly how much of the population actually has the means to use the internet in the first place.

In India’s case, the penetration rate for internet connectivity sits at just under 35 percent of the population. In turn, there are just 18 million fixed-line broadband subscriptions nationally at the moment, and this figure has actually fallen slightly from its peak in 2016.

This is all down to the fact that mobile connectivity is the preferred option. It is cheaper to roll out and install, as well as requiring less costly hardware for end-users who want to get online.

All of this points fairly firmly towards the fact that mobile is indeed the most popular online gaming platform in India, not just because of its portability and its convenience, but in many cases because it is the only option for players.

Of course, raw mobile market saturation is one thing, but what about the proportion of people in India who own handsets and actually use them to game online, rather than simply for offline play or even just for standard phone calls and texts?

Recent estimates put the number of mobile gamers in India at over 200 million, with this projected to reach close to 400 million within the next couple of years.

The factor which determines what proportion of this group will play online comes down to the type of device which is being used. To get access to online experiences on a mobile, you need a smartphone, as a non-smart device will neither support the apps nor the connectivity required.

On paper, there should be a lot more online gamers on mobile in India than there are at the moment. With smartphone ownership exceeding 500 million and sales growth increasing in double digits, it is likely that this hobby will gain traction going forward, so long as the networking infrastructure is updated at a sufficient rate to support this.

The affordability and accessibility of mobile gaming mean that it is unlikely to be dethroned as the king for online competitive play for some time, although that is not necessarily a position this platform will hold indefinitely.

Both Sony and Microsoft have spent more than a decade trying to get their Xbox and PlayStation consoles into as many homes as possible across India, and a Sony spokesperson recently revealed that around 8 million Indians frequently fire up their PS3 or PS4 to play. This is, of course, a tiny proportion of the total population, but with next-gen hardware from each of these firms set to arrive in 2020, wider uptake is all but inevitable.

A survey from Sony itself showed that mobile use had helped to double the number of people gaming on a regular basis in India, so the console threat is almost certainly a distant one and portable devices will reign supreme for both online and offline play for the foreseeable future.