Out now in India through retail stores as well as eBay, the new Intex Aqua V2 smartphone which has its price set at Rs 3090 can be grabbed in black, brown or white color options. It’s a dual SIM device with 3G support, and comes pre-installed with the Android 4.4 KitKat OS.

The Intex Aqua V2 features a 3.5-inch HVGA display and runs on an unimpressive 1GHz Spreadtrum SC7715 processor. Its RAM and storage space aren’t any more exciting as well at 256MB and 512MB, respectively. Thankfully, the phone does have a microSD card slot which makes storage expansion of up to 32GB possible. 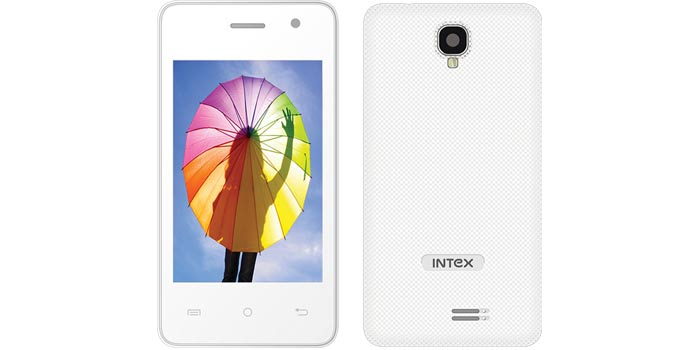 This dual SIM Intex device is powered by a 1300mAh battery that’s capable of offering around 6 to 8 hours of talk time and about 180 hours of standby. Features such as Auto Call Record, FM radio and recording as well as apps like Intex Zone, Opera mini, Intex Play, OLX and Flipkart have also been included.

Sized at 16.8 x 60.8 x 10.6 millimeters, the Aqua V2 tips the scales at 112 grams. Its 2MP rear camera does not offer auto focus support, but is accompanied by a flash unit. There’s a VGA front-facing camera present on it as well. 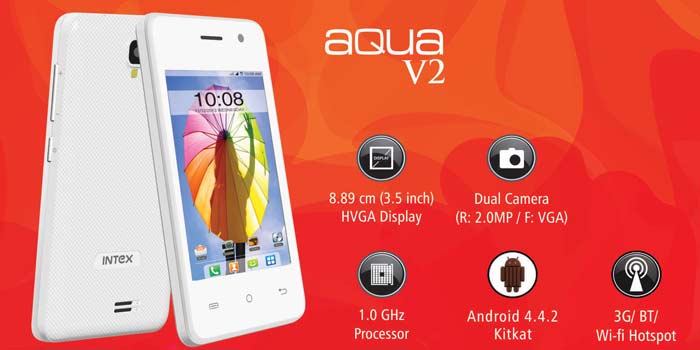 Here’s a peek at the specs of the Intex Aqua V2:

While the official retail value of the Intex Aqua V2 has been announced as Rs 3090, it is currently selling at Rs 3130 via eBay India. There’s no word on what traditional retail stores are asking for it.