iBall Slide WQ149 happens to be the name of a 2-in-1 tablet hybrid which the Mumbai-based company has just launched in the Indian market, with its price set at Rs 21999. This 10.1-inch slate comes equipped with it very own magnetic pogo pin keyboard which houses an integrated touch-pad as well, letting users easily turn the tablet into a laptop.

The IPS monitor on its front surface spews out its visuals in a resolution of 1280 x 800 pixels. It’s no surprise that an Intel Atom processor fuels the iBall Slide WQ149 from within. This particular SoC is the Z3735D model which comes with a quad core CPU, 4 threads and burst speeds of up to 1.83GHz. 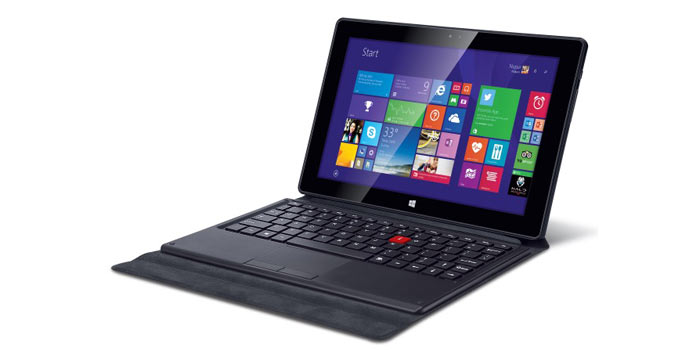 The new iBall slab takes advantage of 2GB worth of RAM’ and while its storage has been tied down at 32GB, it can be increased further up to 64GB by means of its microSD card slot. It’s a Wi-Fi enabled device which even comes with A-GPS, a microUSB port and a miniHDMI port.

These components have been accompanied by a 31.08 watt-hour polymer battery that keeps it going between charges. Furthermore, its maker has said that the tablet will ship with 1TB worth of free OneDrive cloud storage for 365 days as well as a one-year subscription of Microsoft Office.

Here’s a quick glance at the specs of the iBall Slide WQ149:

The iBall Slide WQ149 will soon be available for purchase in the Indian market at the above mentioned price of Rs 21999.