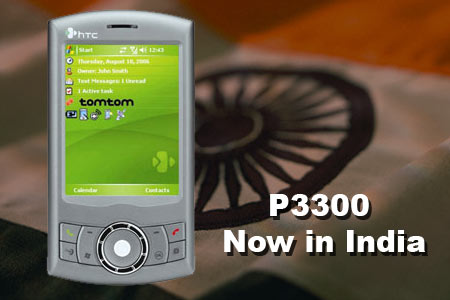 P3300 is a touch-screen phone, without a keyboard. The screen consists of 65K colors and the size of the screen is 240 x 320 pixels, 58 x 42 mm, handwriting can also be acknowledged. It is a smart device that comes loaded with Global Positioning System (GPS) functionality. Internet access to e-mails is instant through Microsoft Windows Mobile. It’s similar to a pocket computer.

A camera of 2.0 megapixel and video recording in the device, with built-in GPS receiver, allows owners to take photographs and attach satellite coordinates into the images by illustrating their own creativity. HTC has been loaded with the MapKing R12 along with SiRF III chipset amid 20 parallel channel receivers.

The positive features of P3300 include its slim body, TomTom software, 2 megapixel camera and many to specify. The only drawback is the absence of the keyboard. HTC P3300 was initially announced internationally in September, 2006 but now it is open to settle in India