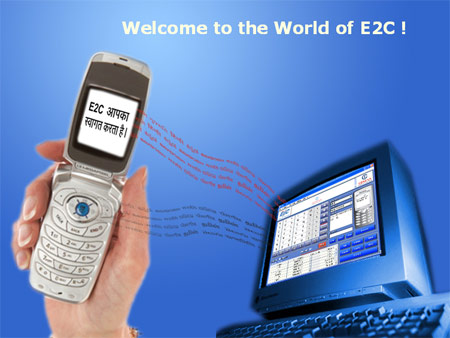 Common man always identifies foreign language as a barrier to communication, but Geneva has brought out the solution to these barriers by introducing “Geneva E2C (Enterprise to Customer)”.

Geneva Software Technologies Ltd. (GSTL) is a technology based production company in India. It was integrated in Bangalore, in the year 2004. Pioneering its research and development from last fifteen years in language technology, Geneva is set to revolutionize the business community in not only India but globally too.

On Tuesday, GSTL announced the availability of the Geneva E2C software, amidst a multitude of members from the press, at Hilton Towers, at Churchgate, Mumbai.

‘Geneva E2C’ is the software that has the ability to reach any mobile phone in the preferred language. It is the world’s first and unique Multi-lingual SMS Service in 11 Indian languages, brought out by GSTL. Languages that are supported by the software are Marathi, Assami, Bengali, Tamil, Gujrati, English and many more; with the exception of Urdu. E2C is the world’s first product to send Multilingual SMS from desktop to mobile, and the receiver receives the Multilingual SMS directly without any customization. It requires internet facility. In an hour, it has the capacity to send 1 lakh SMS. The concept to bring in the product is to receive other language messages in the same way English messages are received. 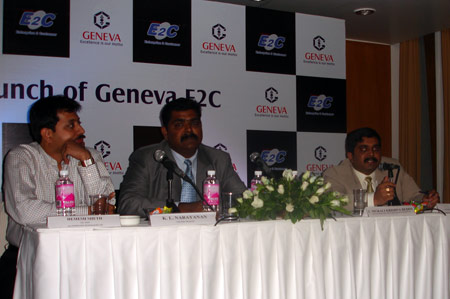 Geneva Messaging Services (GMS) is a software that helps E2C to work in an organized manner. An individual subscriber can compose and send messages in their preferred language. i.e. messaging communication between P2P (person-to-person). With the help of the software, users can directly select the characters to type multi-lingual message, just by using the navigation key. Standard ‘Varnamala’ is the languages sequence. Vowels, consonants, combinations, matras, symbols can be typed in one go. The On-screen grid is standardized for all 14 Indian languages, including the foreign languages. The platform is neutral and works on any phone by means of Java MIDP 2.0.

Information regarding transactions alerts, promotions and new products can be sent by banking and finance services, using E2C. Also bookings, delays or cancellations of trains, buses and flights can be conveyed in regional languages. Enquiries, emergency conditions in the city, traffic diversions can be addressed. Not only these, also information related to AIDS awareness, weather conditions, health and care, messages for election campaign can be given out.

Geneva’s E2C is a business tool which enables the capitalist to reach his clients in their language of choice. E2C is a futuristic product with one-time investment of INR 7699 for the software. SMS can be recharged through Online Payment and Prepaid Card facility that starts from INR 50 to INR 2500. With the recharge, one can enjoy the privilege of 100 to 1 lakh SMS.

Spaced out from E2C, Geneva has created Geneva’s Messaging Service (GMS) that broke down language barriers in mobile devices. Their major clients supporting GMS are BSNL, Airtel, Hutch, Idea and MTNL. The second product is Geneva’s NDIS (Natural Disaster Information System). It plays a very vital role in disseminating warning messages to the people of Disaster Prone areas in their own language. At the time of disaster, through NDIS a message can be forwarded to thousands of people in their local language. It thereby saves innumerous lives and property at the time of Natural Disaster. It is one of the most effective and fastest modes of communication, currently used by Government officials and few NGOs.

With the introduction of E2C, NDIS and GMS software, Geneva is making an easy way for technology to reach out easily to the common man. Language technologies have been pioneered by Geneva and will be at the forefront and leader in language solutions market. Geneva is fascinating the world of innovation, taking Indian technology to greater heights.