The much anticipated HP Spectre x360 convertible laptop has finally been unveiled in the Indian market for a whopping price of Rs 129990. The device was unveiled at the Mobile World Congress 2015 as the company’s ‘most premium’ portable PC product. Well, the amount you’ll be paying for it is premium indeed and so are its specs.

The HP Spectre x360 is yet another attempt by the brand to attract the kind of crowd that the MacBook Air draws in. The HP Spectre x360 laptop is a spectacularly thin device at 15.9mm and it features a CNC aluminium chassis. In spite of this, the design still doesn’t have as much oomph as the Apple notebook, though its internals pack in quite a punch. 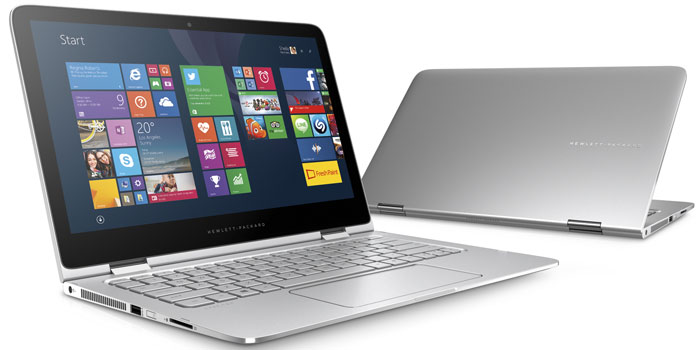 The 360 in the name stands for the fact that this HP Spectre can be flipped over by a full 360 degrees for those who want to use it as a tablet. An official press release announcing the availability of the laptop says it can be bought at the aforementioned cost with Microsoft Windows 8.1 Pro, an Intel Core i7 5th generation processor, a 13.3-inch 2560 x 1440p quad HD touchscreen, 8GB RAM and a 256GB SSD.

The HP Spectre x360 is also supposed to come with lower configuration options including 4GB RAM, an Intel ‘Broadwell’ Core i5 chipset and 128GB to 512GB SSD storage. It’s not clear if HP will be offering these alternatives in the country though. The 2K touch panel is optically bonded to the display, which means increased brightness with lesser battery draining issues. Then there’s also Panel Self Refresh (PSR) onboard. 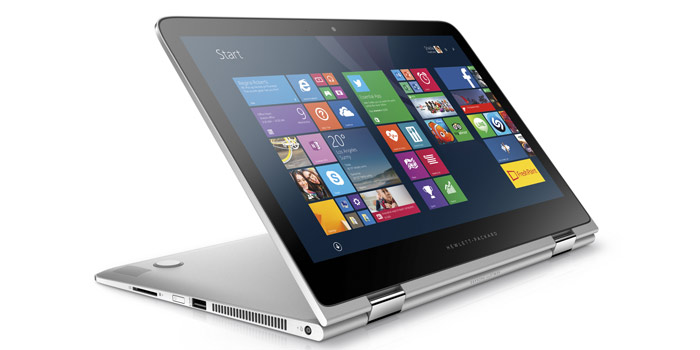 The technology basically keeps pictures on the display while allowing portions of the laptop to power down when there’s no movement on-screen. The battery life can apparently stretch up to 10.5 hours of average use because of this. HP has also improved the Wi-Fi connectivity of the Spectre series device. Its redesigned antenna slot placed at the top of the display enables effective 2.4GHz and 5GHz tuning.

The HP Spectre x360 was promised to fans in India via a launch in April and here it is. Will you be buying it or does the cost curb your appetite for it?