Home Google Google’s Project Tango is a smartphone which captures spaces around you in...

Google has taken the veil off Project Tango, its new innovation which has been aimed at letting you map the spaces around you in three-dimensional fashion. This can be done using a 5-inch Android smartphone prototype which is ready to be offered to professional developers so that they can explore the various possible ways in which it can be used.

Project Tango was conceived with the goal granting mobile devices a human-scale understanding of space and motion. While the Kinect too treads on a similar line, it’s much different to this Google baby in terms of the technology used and the possible results that can be harnessed. 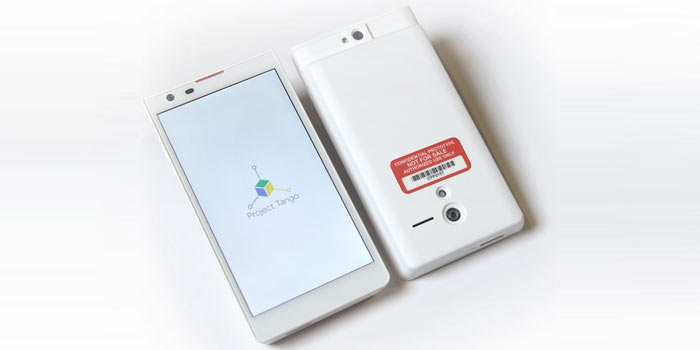 Project Tango is being developed by Google’s Advanced Technology and Projects (ATAP), and its prototype is a 5-inch phone featuring customized hardware and modified Android software. Thanks to its components, this device is easily able to track full 3D motion and create a map of the environment on its screen.

Its sensors allow the smartphone to make more than a quarter of a million 3D measurements every second. It’s hence able to immediately update their position and orientation in real-time, providing you with an in-depth 3D look at the things around you.

Google has only 200 dev kits of Project Tango to distribute among developers at the moment, and it plans on giving out all of them prior to March 14 this year. If you’re a professional developer, you should head over to this link to sign yourself up for a prototype.