Google has once again turned its attention towards the Indian monuments and this time it has come prepared to capture panoramic views of heritage locations so that billions of people across the world can visit them virtually. Back in 2011, the representatives of the Mountain View-based company had landed in the country for the same purpose, but couldn’t complete the task because some issues cropped up with local authorities.

Nevertheless, Google is back and this time it looks determined as to avoid hassles, the company has tied up with the Archaeological Survey of India as well as the Ministry of Culture. Very soon, 100 of the most popular tourist spots of the country will be available online in their full panoramic glory. 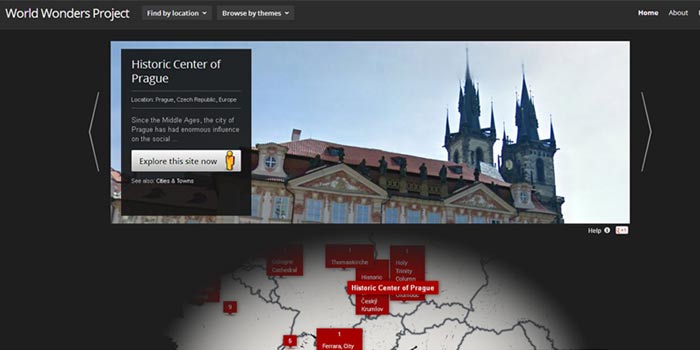 As you may have guessed by now, the monuments will include the Taj Mahal, Khajuraho temple, Ajanta and Ellora caves and other such beautiful locations. Some people from Google will arrive with Street View Trekkers at the venues to take interior shots that can only be captured on foot. These Trekkers are nothing but backpacks with essential cameras and imaging technology.

The archeology department says that allowing Google to host these monuments on its website will let the world see the cultural diversity of India that has the second largest population on the globe. It will also give them a virtual tour of monuments that are testimony to the 5000-year old history of the nation.

Once the search engine giant is done mapping these monuments, people from anywhere in the world can visit them virtually via Google Maps or the website called World Wonders.