Google has sketched out yet another doodle for the New Year and it’s not very different from the dancing 2013 it had revealed yesterday. Remember the December 31 doodle that had each of the numerals in 2013 shaking up the disco floor? The second picture we’ve posted should help jog your memory.

Well, the 4 which was eagerly awaiting its turn to party has joined the group. The colorful and creative GIF image now has the number 3 all flushed, perspiring and off the dance floor. The speakers are still booming and the disco ball still turning. It was a good run, wasn’t it? Happy New Year to all our readers! 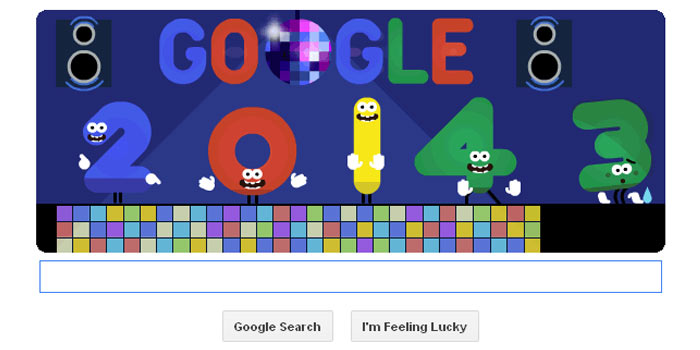 This latest doodle for the first day of 2014 is accompanied by the line ‘What did the world search for this year? Remember the moments of 2013.’ Mousing over the image surfaces a New Year greeting. It was the same yesterday too. Google’s very first doodle was created by co-founders Larry Page and Sergey Brin in 1998.

Ever since then, we haven’t had a year without them, not that we’re complaining in the least bit about it. Some of them are really quite fun, like the company’s interactive doodle celebrating its 15th birthday, where you could bust a piñata and win some virtual candy. More recently, there was the Dr. Who game in commemoration of the popular sci-fi show’s 50th anniversary. 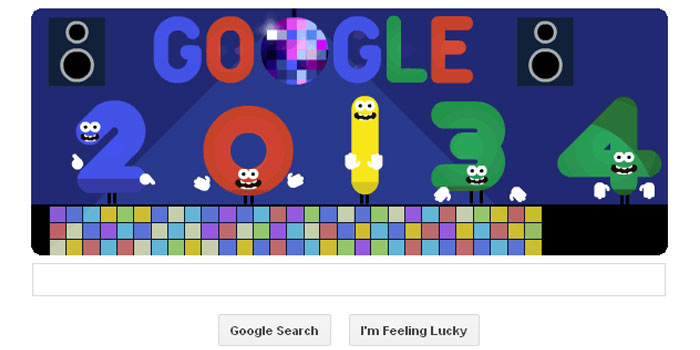 In the past week, Mountain View released not one, not two, but three Happy Holidays 2013 series designs to mark the day before Christmas, Christmas and Boxing Day. Here’s to the many more doodles that are to come this year.