The Gionee GPad G5 phablet may have a hexa core processor, but it’s a downgrade in a manner of speaking when compared to its predecessor and this shows in the price of Rs 14999 attached to it. The GPad G4 is currently pegged at Rs 16999 officially even though it was launched for Rs 18999.

The only advantage the Gionee GPad G5 possesses at present is the fact that the Mi 3 has stepped away from the limelight temporarily. Otherwise, it’d be racking up a lot of criticism considering its price is Rs 1000 heavier than the Xiaomi phone’s tag. 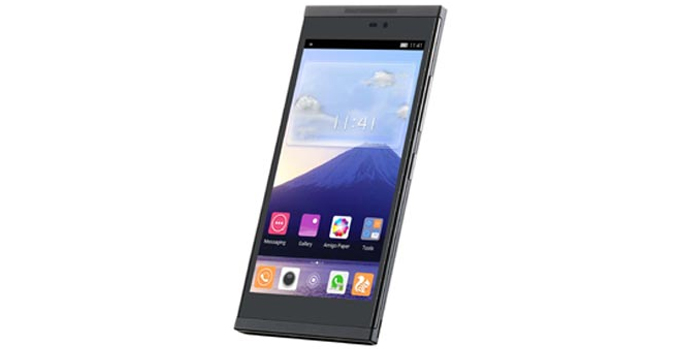 And it’s not like the GPad G5 has anything spectacular to show in comparison. Apart from having a hexa core processor, its specs sheet isn’t too impressive. There’s 1GB of RAM onboard and 8GB of ROM, though it does come with expandability of up to 32GB unlike the Mi 3 and GPad G4.

The new GPad takes some design cues from the Mi 3 although it would have done better to borrow more tips on the internal components. The phone is sharp on all four corners and has an easy way about it on the back with its slightly curvy build which should offer a good grip.

This forthcoming Gionee phablet embeds dual SIM slots and 3G connectivity, but no 4G LTE. Its 5.5-inch IPS display which is protected with Dragontrail Glass would have been more interesting if it did full HD instead of sticking to 1280 x 720p resolution .

At least there’s Android KitKat inside and a decent capacity 2400mAh battery that will let you squeeze about 12 hours of 3G talk time out of it. You also get two SIM card slots and an 8MP camera with flash on the back. You’ll have to make do with a 2MP lens for video calls.

The Gionee GPad 5 is not up for sale yet, but it will be made available soon enough through the company’s very own store as well as via other retailers.