The wait for the Xiaomi Mi 4i smartphone is over as the first flash sale is scheduled to commence today from 2pm on Flipkart which holds exclusivity over the device. The phone is priced at Rs 12999 and you’ll only be able to purchase it if you’ve registered for the sale on the ecommerce giant.

If not, it’s going to be a week-long wait for the next flash sale. Also, the company revealed that over 3 lakh people have already registered for today’s sale. Obviously, not all of them will try their luck at getting the Xiaomi Mi 4i and only a limited number of units will be made available. The exact inventory which will be offered is still not known. 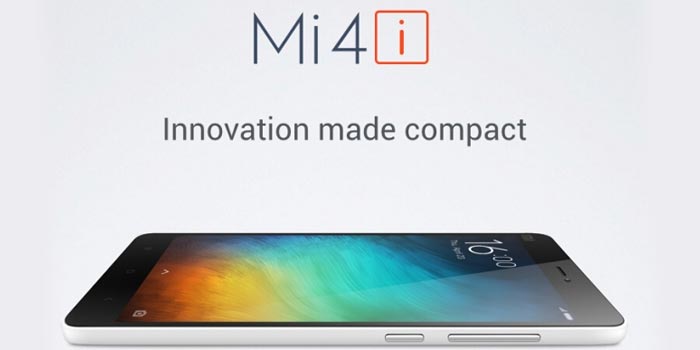 The Xiaomi smartphone is said to be made for India and it will be reaching Singapore next week as well. The device is a modified Mi 4 with toned-down specs in order to get the retail tag much lower. It features a polycarbonate body which comes in multiple colors and overall looks like a compact version of the Mi Pad tablet.

Also read: 1 lakh Lenovo A6000 Plus handsets sold out in less than 15 minutes

Even with the specs dropped down, the Mi 4i is still a very attractive device. It has a 5-inch 1080p display for visuals and runs Android 5.0 Lollipop out of the box with the MIUI 6 UX onboard. Additionally, the company has used the latest revision of the Snapdragon 615 octa core chip which has a clock speed of 1.7GHz.

Xiaomi Mi 4i specs at a glance:

As mentioned above, the Xiaomi Mi 4i sale commences at 2pm on Flipkart.