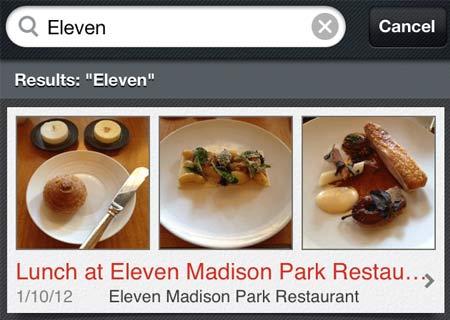 Sprucing up those toothsome moments should get easier with update v1.1 being rolled out to the Evernote Food app for iOS devices. This version includes features like search, date and location that should bring prospective users closer to their food fantasies.

Those who have been using the app which was released recently can just tap the search attribute and set their sights on any delicacy they devoured some days ago. People fondly recalling ‘that perfect meal’ at a food joint can get to the same place yet again by finding it with the help of the location feature.

With an elegant date selection screen on board, an evening out and a meal may be planned without too much trouble. Locations visited by users can also be customized through the My Places introduction. Simply adding a meal to a place like home will bookmark it on the My Places screen. It will appear as a widget on the display and can be accessed anytime in the future to relive that appetizing moment. 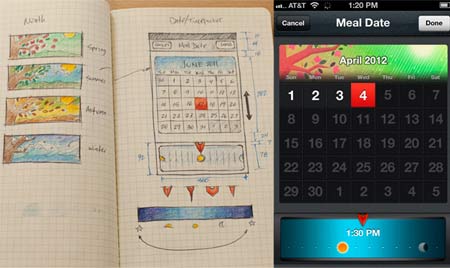 Thumbnail transitions incorporated by the application show pictures taken during the meal, rendering the list of foods an animation of sorts. Additionally, this app can now be accessed in a range of languages like Malay, Thai, Traditional and Simplified Chinese, Russian, Korean, French, Finnish, Spanish, Turkish, Polish, Italian, German, Japanese, Indonesian and Portuguese, as stated on the official Evernote blog.

Some other refreshments include enhanced syncing abilities which should make the app swifter and more reliable. In case Evernote is already installed, there’s no need to sign in to Evernote Food. The Facebook sharing abilities have also been tweaked for the application.

The Evernote Food for iOS app can be downloaded via iTunes.