Home Apps You can book yourself an auto rickshaw ride in Delhi with new...

If you stay in Delhi and have trouble getting an auto rickshaw especially during peak hours, then the PoochO app should be of help. The Delhi Integrated Multi-Model Transit System (DIMTS) sanctioned the development of the smartphone application which lets users find GPS-fitted autos passing nearby.

Launched by Lt. Governor Najeeb Jung, the PoochO app allows people to access the DIMTS database of registered drivers’ mobile numbers and then call them up to book a ride. It must come as a relief to many in the national capital, especially women who commute via rickshaws at night, since it integrates a social aspect too. 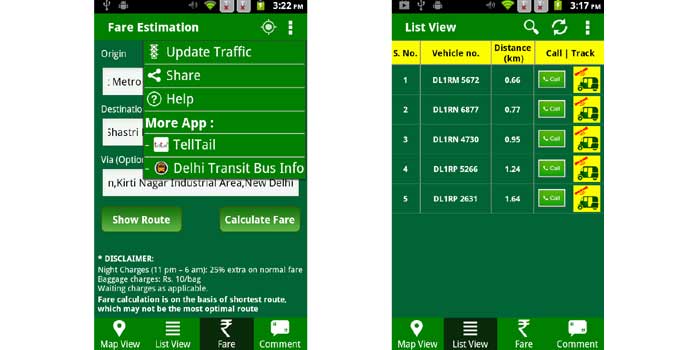 PoochO app offers users the option of sharing their details about their travel on Facebook and Twitter, a double-edged sword, if you’re thinking about stalkers. You do need to make sure that your phone has GPS and leave it turned on in order to use the app. About 24000 autos in Delhi are equipped with GPS, meaning the tool has the potential to be very handy to a large number of users.

The best thing about the PoochO application is that a driver who refuses to pick up a PoochO user for no appropriate reason will be faced with strict action. Let’s hope authorities implement this though, because the situation in Mumbai is quite pathetic due to the indifferent attitude of those in charge. The application will help drivers get passengers more easily too, come to think of it. 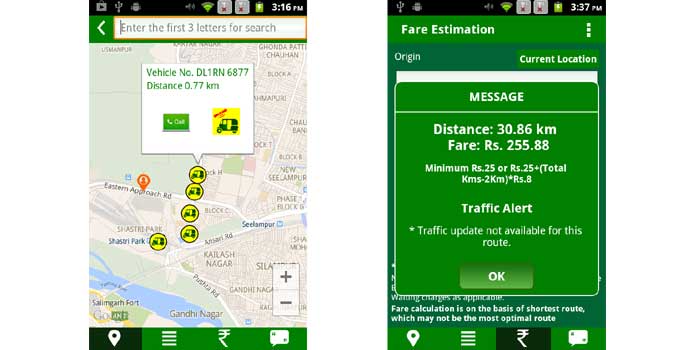 The PoochO smartphone app will only let you book an auto ride in Delhi if you own an Android phone. The iPhone version of this tool is said to be coming soon to Apple iTunes, but no release date has been mentioned.