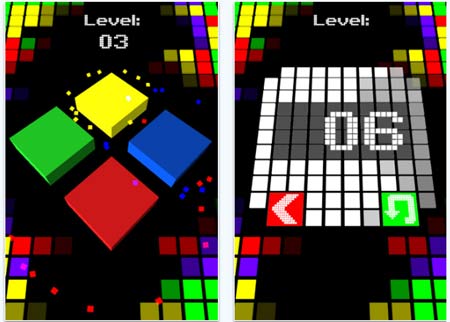 Here’s a game designed to make those who constantly boast of having good memory bite their tongue and tremble with uncertainty. Cubo from GD8 Games is a puzzle game for the Apple iPhone which challenges players to learn by rote and repeat sequences of colors.

The title leverages the handset’s responsive touch interface to provide some quick-paced gameplay. The game’s colorful graphics are played out optimally on the iPhone 4’s Retina display and the game is optimized for the iPad tablet’s expansive screen too.

Cubo dares players to commit to memory and repeat sequences of colors by pushing four buttons in order to achieve level progression. The winner is quite naturally the gamer who manages to remember the longest stretch of shades.

The app is built to work with iPhone, iPad or iPod touch devices running the iOS 4 software or future versions. It can be downloaded for $0.99 and comes with the description ‘Got good memory? Prove it! …with Cubo!’