The Celkon Campus Q405 smartphone has been made official for India and at a very attractive price of Rs 3199. For the said amount, you certainly can’t expect much, but the handset does do pretty good job at offering basic provisions.

The Celkon Campus Q405 is being touted to first-time smartphone buyers. And it presents itself as an attractive option, considering that the company has gone through the effort of making the design quite appealing. The phone appears to have taken some cues from the HTC Desire 326G and also the now-forgotten Galaxy S5 flagship from Samsung. 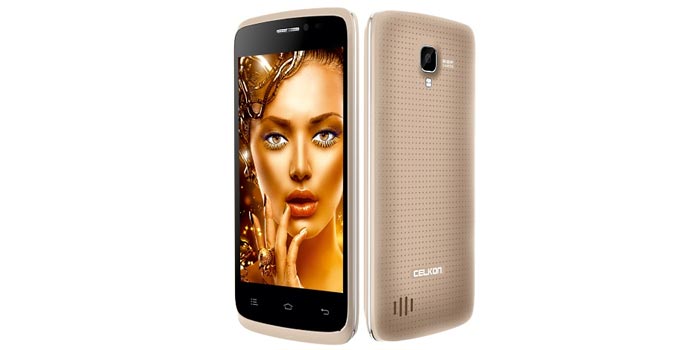 The front carries a 4-inch WVGA IPS display which is surrounded by a black bezel. The sides look to be drenched in light golden hue and so is the rear panel, but there’s a dimpled finish here as well. What makes the Celkon phone a good buy for its retail tag is that it’s powered by a 1.2GHz quad core processor which is enough to run most apps on the Play store.

You’ll also be able to play games, but not demanding ones and that’s mainly because the RAM is a mere 512MB. Memory provisions are basic as well, with 4GB of internal storage and a microSD card slot that supports up to 32GB. Coming to the cameras, the Campus Q405 has a 1.3MP secondary shooter and a 3.2MP main snapper with an LED flash.

Here’s an overview of the key Celkon Campus Q405 specs:

The Celkon Campus Q405 will go on sale in India through Snapdeal from today.