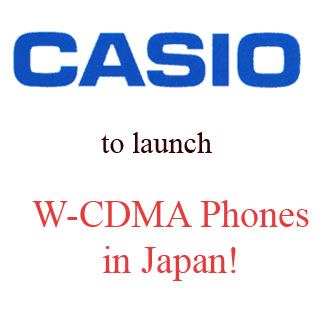 Japan’s Casio Computer is planning to introduce a new W-CDMA cell phone in Japan may be by end of March 2009 to reach the need of local markets.

Casio is now going to make CDMA phones and will supply it to KDDI Corp in Japan, Verizon Wireless in the United States and LG Telecom in South Korea. The launch is delayed as it was going to finish completing W-CDMA handsets by the end of this year.

KDDI is on the second position in Japan for its wireless operator which has CDMA support network. The largest is NTT DoCoMo Inc while the third largest is the Softbank Corp which recommends mobile phone service which supports W-CDMA technology.