The dual-core BSNL Champion DM6513 phablet has just gone official and the entry-level device promises to bring a whole lot of features without making a hole in your wallet. And same goes for the Lava Iris 503e which has quietly surfaced on the internet without waiting for the parent company’s approval.

Both of these devices fall in the sub-7K category and have already been made available in India. They are suited for first time smartphone users as well as people who are not too keen on spending a whole lot of money on mobile phones. Here we have compared the two with each other to find out which one’s better. Take a look and pick the one you think is better. 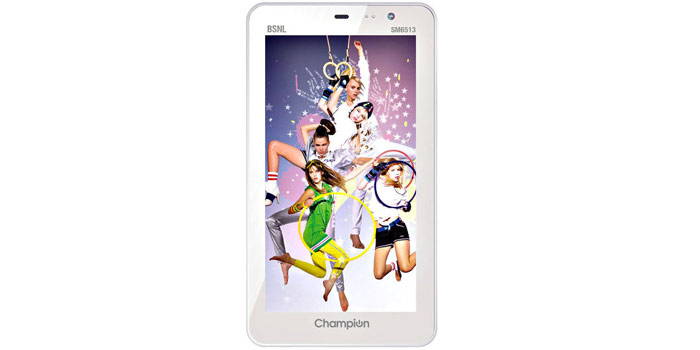 The Champion smartphone wins this round hands down as the low-budget device brings a huge capacitive display that offers a multi-touch real estate of 6.5 inches. The Lava handset on the other hand is decently-sized with a 5-inch screen of 854 x 480p resolution.

Both the devices are powered by the Android Jelly Bean 4.2 OS, but none of the companies have mentioned anything about an upgrade to one of the later versions. Unlike a lot of smartphones in the Indian market which make the most of quad core chipsets, these phones have to make do with dual core processors.

The BSNL-certified phablet sports a 5MP rear camera and it has even been fitted with a 2MP webcam so users can capture good quality images, record videos and even make video conferencing calls. On the other hand, the Iris 503e brings a 3MP snapper and a 1.3MP selfie-cam to the table. 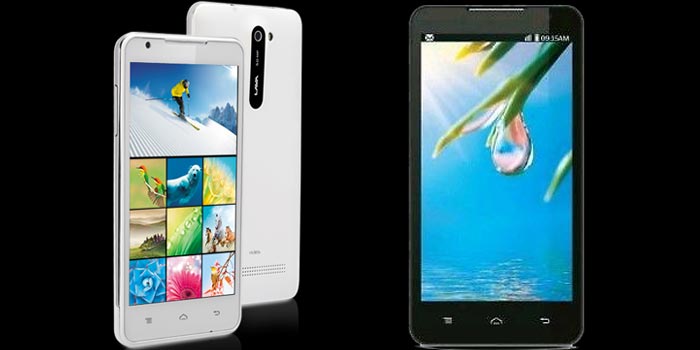 These smartphones do not have much to boast about in the memory department. The BSNL Champion DM6513 has merely 512MB of internal space, while the Lava Iris 503e offers 4GB of ROM. However, they do have an expansion slot to let you increase the storage by up to 32GB using a microSD card.

Considering that the DM6513 is a 6.5-inch phablet, it will obviously require a powerful battery to stay charged up and hence, it employs one with 3500mAh capacity. And as far as the 503e is concerned, Lava has incorporated a 2000mAh power pack within its confines. However, the former delivers talk time of only 4 hours, while the latter lets you talk for 7 hours straight.

The BSNL phone has a single SIM card slot, but the Lava phone can support two SIM cards at the same time. Common connectivity features like Wi-Fi, Bluetooth, a USB port and more should be present as well. A major disadvantage of the Iris 503e is that it is not compatible with 3G networks, whereas the Champion phone is. 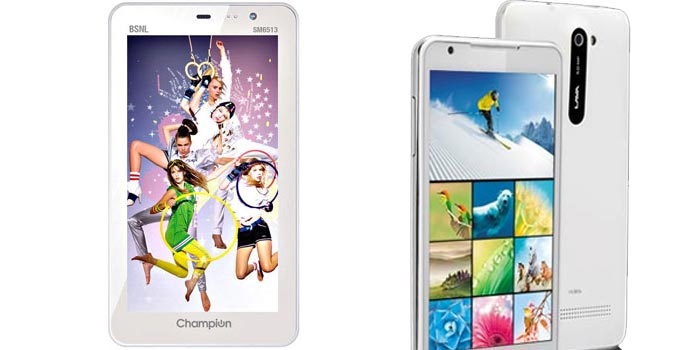 The BSNL Champion DM6513 is priced at Rs 6,999 and the Lava Iris 503e will set you back by Rs 6,749 at eBay. Amongst the two, you should definitely go for the former considering that it has a larger touchscreen, better cameras and 3G support. Do tell us which one you’d choose, if you have made up your mind.

Key specs at a glance: