BlackBerry has killed Ryan Seacrest’s Typo keyboard after a prolonged patent dispute arose between the two over its design and technology. As part of the agreement, the Bluetooth enabled accessory had been pulled from markets across the globe. Additionally, the involved parties have been banned from selling keyboards for smartphones or others mobile devices featuring a display screen size measuring less than 7.9 inches or 20 centimeters.

The patent infringement lawsuit was filed by BlackBerry in early 2014 against Typo Products, Typo Innovations, Show Media, Hallier Investments and Laurence Hallier. This surely is a big blow to the defeated parties since the ruling means they cannot be involved in the vending of keyboards for any brand of smartphone or small tablet, anywhere in the world. That’s until Apple makes an iPhone with 8 inches of screen space, of course. 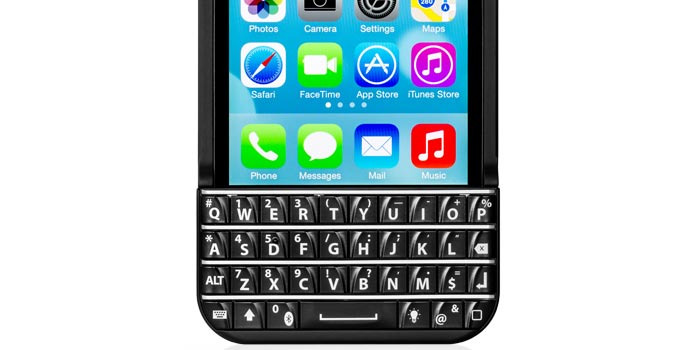 In BlackBerry’s complaints against the Typo which earned a lot of publicity since it was backed Ryan Seacrest, the same odious dude who brought the insufferable Kardashian family to reality TV, it claimed that the keyboard was a blatant copy of its very own keypad design. Additionally, the accessory allegedly violated a bunch of patents belonging to the Canadian company.

Seacrest and gang then went on to introduce a new version of the peripheral which was supposedly free of intellectual property issues with BlackBerry. But in early February this year, a federal judge ruled that Typo had acted in contempt of the court’s previous ban on sales of the iPhone keyboard, and asked it to pay BlackBerry $860000 for ignoring the preliminary injunction.

Well, BlackBerry has finally got the patent infringement issue settled and stands assured that everyone involved in the making and selling of the Typo keyboard case feel very sorry for themselves.