While the release date of the black 64GB Samsung Galaxy S3 has not been given a mention, its price in the UK has been revealed to be £500 by Clove. But according to the e-retailer’s official blog, it will take stock of the device only after receiving a significant number of pre-orders.

The online retailer will place its order after about two weeks and it will start shipping the phone approximately in two months. The device in question is the version with 64GB internal memory, which even sports an expansion slot to increase the memory using a microSD card of up to 64GB and provides access to 50GB of Dropbox cloud storage. 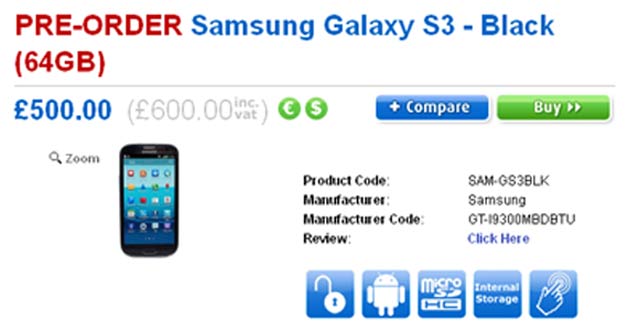 Its internal working is carried out under the supervision of 1GB of RAM as well as the Samsung Exynos quad core processor that clocks in a speed of 1.4GHz. The Galaxy S3 is based on the Ice Cream Sandwich, but it may receive the Jelly Bean update very soon.

The Samsung gadget is draped in a 4.8-inch HD Super AMOLED touchscreen that claims to project images in 1280 x 720p resolution. Along with the display, its front panel is fitted with a 1.9MP webcam that not only facilitates web conferencing, but also records HD videos at the rate of 30 frames per second with zero shutter lag. 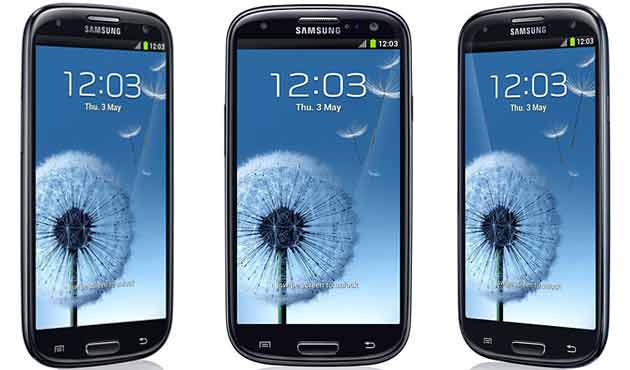 What’s more, users can expect the stylish piece of hardware to capture HD images and videos using its rear-facing 8MP snapper. It boasts of features like zero shutter lag, a BSI sensor, LED flash and auto focus amongst others. The phone is also integrated with a 2100mAh battery for a relatively long battery life. All of these features are packed into a pitch black chassis that measures 136.6 x 70.6 x 8.6 millimeters and weighs close to 133 grams.

The black 64GB Samsung Galaxy S3 can be pre-ordered via Clove for a price of £600 including taxes. 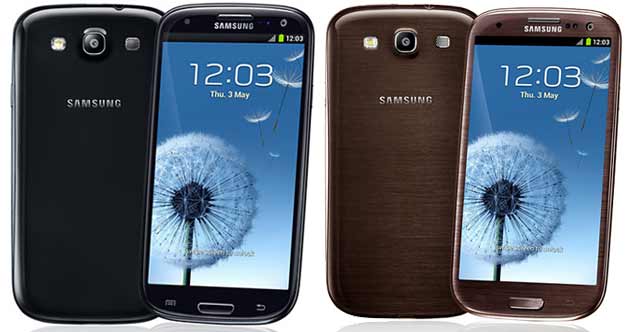