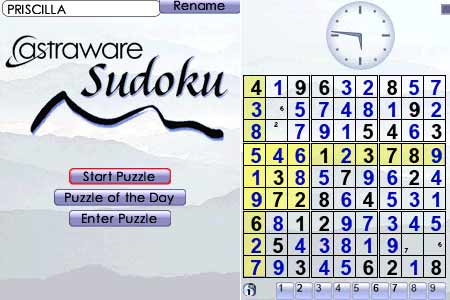 HandMark Game Studios has announced the launch of its Astraware Sudoku mobile game for the BlackBerry smartphones. It is a logical puzzle game that is playable by all, from beginners to experts.

Astraware Sudoku includes several features that a Sudoku fan would expect. It features the OTA Puzzle of the Day that enables a player to download a puzzle for each level. This game offers a wide range of options to help players that includes a Sudoku solver, manual and automatic pencilmarks.

The game also provides smart hints as well as hold-and-highlight for locating particular number or groups. With these features you can improve your gaming skills and progress to higher difficulty levels. On completion of the game, one can even submit the time taken to complete the game and compare it with players around the world.

Along with the release for BlackBerry smartphones, the Sudoku game has been updated for Windows Mobile smartphones and Palm OS with enhanced graphics and improved calculations for difficult puzzles.

Astraware Sudoku is priced at $$9.95 but users can grab this game at a special promotional price of $4.95.