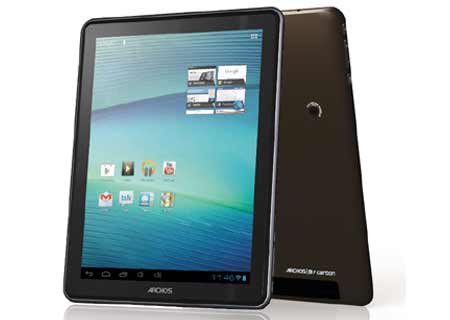 With Jelly Bean stealing the shine at the moment, can the $230 Archos 97 Carbon ICS tablet grab the spotlight? Though it rides on Android 4.0, there seems to be no word about a Jelly Bean upgrade as of now.

The tablet’s face shows off a 9.7-inch multi-touch IPS screen proffering images in a resolution of 1024 x 768p. It is armed with an ARM Cortex A8 chipset with 1GHz clock speeds. Leaning on 1GB RAM, it houses 16GB onboard memory and allows expandability up to 32GB. The slab tags along a front-facing 0.3MP snapper for video calling and the rear is graced with a 2MP sensor.

This Archos slate should be conveniently portable, considering that it is built over a sleek profile. Additional hardware components are inclusive of a USB 2.0 port, micro-USB 2.0 and a 3.5mm audio jack along with slots for microHD and HDMI. The slab drags along Wi-Fi for connectivity purposes. 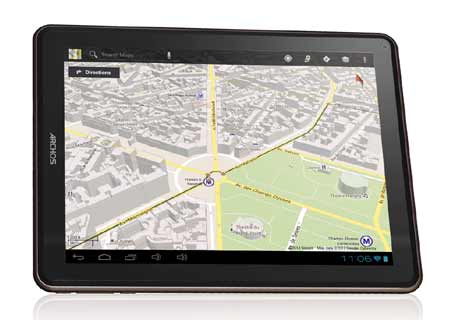 The gadget’s hidden Lithium-polymer battery is expected to survive nearly 8 hours of video streaming or 20 hours of music playback. It supports various audio formats covering MP3, FLAC, APE, WAV and OGG. According to Engadget, Asus was planning to vend the device for $250. But an ongoing deal brings it in for $20 less than the suggested price. This could mean that the offer is on for a limited period only.

The Archos 97 Carbon is currently shipping at the aforesaid pricing.