Fans of retro gaming might be pleased with the announcement of the Another World 20th Anniversary release for several Android devices. The most significant highlight of this new game for mobile is its transformation to HD, which should enhance the effect of the graphics.

Originally launched in 1991, the game even goes by the names Out Of This World and Outer World. Since its inception, it has been seen on several platforms like Amiga, Atari ST, Apple IIGS, DOS, SNES, Mega Drive, mobile and more. Reportedly, the title was also made available for iOS in September of last year.

Although the Android compatible version has been endowed with HD visuals, it still offers old school styled graphics which were seen in the original. Users can switch between these settings by simply swiping two fingers across the screen. This edition has officially been optimized for use on the Xperia Play, the PlayStation certified mobile handset designed especially for gamers. 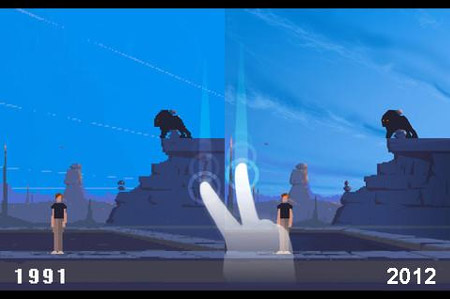 The reworked software features new touch controls as well as remastered sound effects. The levels have also been revamped from the original version. While the Normal level might seem a bit easier than the earliest edition, the Hard level is said to be at par with it. Users who cross over to Hardcore might find it to be rather difficult to cross.

The Another World 20th Anniversary Android edition can now be downloaded through Google Play for a price of $4.99 in the U.S. or €3.99. The list of devices it works with includes the Samsung Galaxy S and S II, Motorola Xoom, Google Nexus One and Nexus S, Samsung Galaxy Tab, Sony Xperia S and some others operating on Android 2.1 or above.