If you’ve been wondering why Airtel recently announced that Apple iPhone 5S and iPhone 5C users in Bangalore can start accessing 4G services at the price of 3G, we have an answer. In early December 2013, the company was seen pushing software updates to these two devices which have the suitable hardware to handle fast LTE networks.

Airtel was reported to have sent an OTA (Over-the-air) upgrade to Apple iPhone 5C and 5S handset and this let users toggle to Enable LTE. It landed as a carrier settings update very soon after this news broke out. BGR says that the toggle was previously limited to 3G. 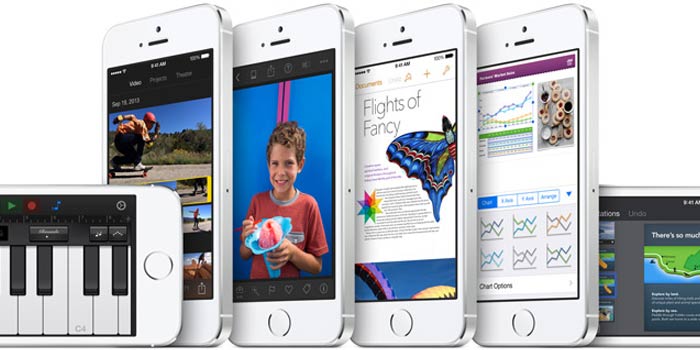 According to the deal, users in Bangalore (or Bengalooru as it’s now called) need not pay anything extra for the upgrade to 4G LTE. All they need to do is visit an Airtel center and give in their old SIM card and get a 4G compatible one in exchange for it. The offer is available for 3G postpaid as well as prepaid customers.

In case you reside in the South Indian city and are still on the service provider’s 2G or GRPS connection, then you will have to sign up for a 3G rental plan in order to move higher up to 4G. The upgraded technology does not support voice calls however and internet browsing is all you can do on 4G. 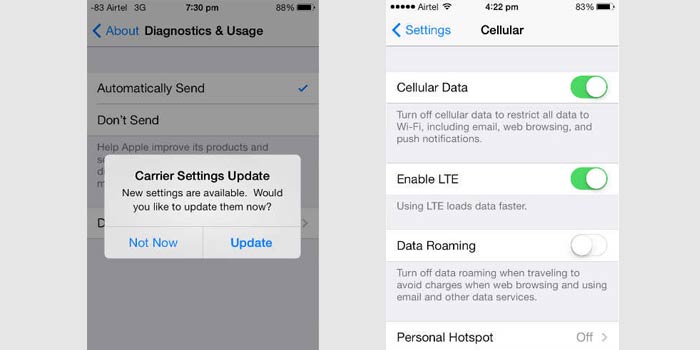 When subscribers receive a call, their connection is automatically beamed to CSFB (circuit switched fall back) technology so voice calls can be carried out on 2G or 3G bands. Airtel has also revealed a 10GB monthly plan for 4G data which costs Rs 1000.

We’re assuming this is just a test run and 4G on mobile will be spread to other regions (and phones) across India soon.