Zomato Order is the name of a new app that has just been released by the makers of the popular original food discovering utility that has garnered extreme popularity over the past few years. Available for Android as well as iOS, the new app will let you place food orders without even having to call the restaurants.

This service was earlier supposed to be incorporated into the main Zomato app, but owing to a few reasons its makers decided to take the other path. Apparently, having Order as a separate app will not only help the company to provide better interfaces for both the utilities, but it will also mean fewer updates. 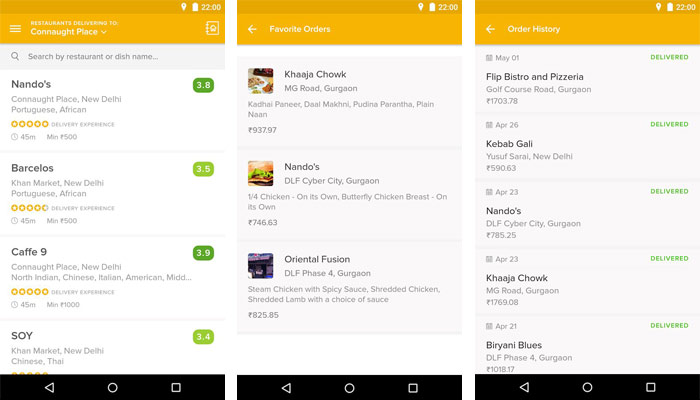 An unfortunate news is that Zomato Order is only serving folks in Delhi NCR at the moment. We’ve been told that cities like Bangalore, Mumbai, Hyderabad, Pune and Kolkata will be getting it next, but there’s no word on when that’s going to happen. For now, people from other areas can just download and view the app, without experiencing its services.

Order is meant to provide you with the ability to get your food delivered by browsing through the menu of a restaurant right through the app. What differentiates it from other similar offerings like Foodpanda and more is that Zomato already has a huge database of ratings from its users.

The app lets you keep track of your order status with real-time notifications, while it even allows you to see your previous orders. This way, you’ll be able to reorder your favorite ones in seconds.

The Zomato Order app can be grabbed through the Google Play store and the Apple Apps Store right now, but do note that food ordering is only possible if you’re living in Delhi NCR.