YouTube Capture for the iPad and the Mini variant has been launched after earlier being accessible to only iPhone and iPod touch users. The latest 1.2 version of the app has come out within a few months of the original edition’s release which was back in December last year.

The app was developed to aid users in uploading clips directly onto various services straight from the tool. As can be seen from the video embedded blow, consumers can open up the application and hit the record button to start capturing the moment. The on-screen key then transforms into a timer showing videographers exactly how long their movie would be. They can simply tap it again to stop filming. 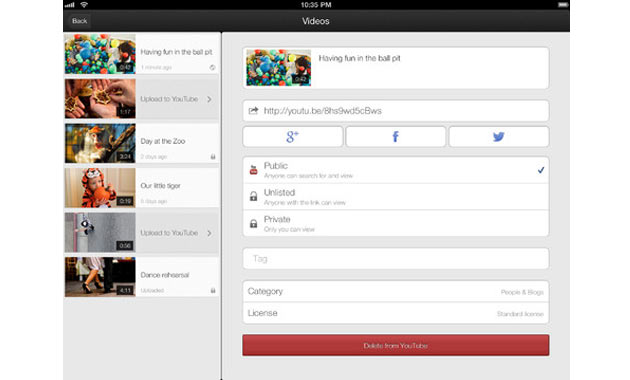 Once done, consumers can enter their desired captions and choose which websites they would want to put it up on. These include YouTube, Google+, Facebook and Twitter. Users will then just have to hit the share option and can even upload their films concurrently onto more than one networking page. The developer claims that the utility has been designed for speed since it reduces the lag time. 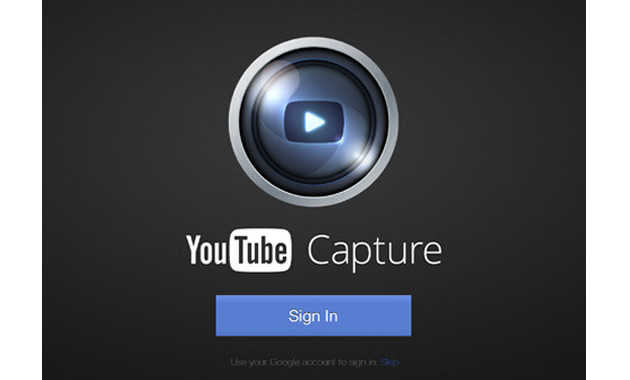 While the file is in the process of being posted, customers can minimize the app and continue using their slate for other activities without affecting the task that will be running in the background. Security lies in the hands of users as they have the power to set the visibility to ‘private’ which would allow only them to access the footage. It can even be set to ‘unlisted,’ through which a privileged few who have been given the link can watch the clip. Consumers will also of course, have the option of flaunting their handiwork by making the video public.

And if that doesn’t satiate the photographers in users, the decent selection of editing enhancements should seal the deal. In cases of bad lighting or momentary hand shivers while recording, consumers can use the color correction and stabilization to smoothen out the rough edges. Altering the length of the video and giving it a background track has also been made possible, to enrich the whole experience. These additions can always be undone later, if users change their mind. 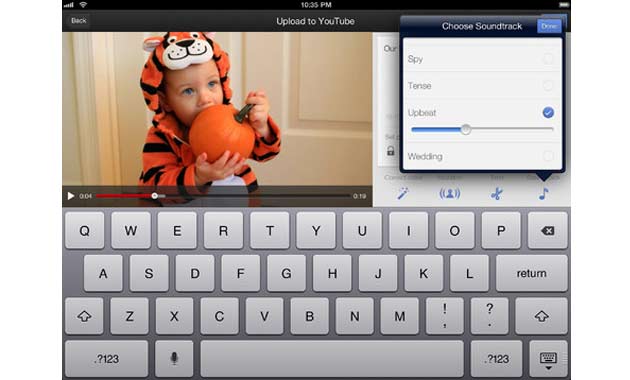 Prospective users can lay their hands on the YouTube Capture app for the iPad and the Mini variant by simply downloading it from the iTunes store, free of charge. Last year, the company had announced that they would be releasing a version for Android devices, but there hasn’t been any mention of it this time around.