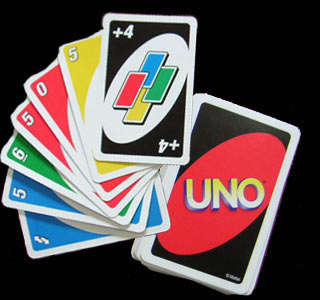 Gameloft has teamed up with Mattel to launch a card game UNO for mobile phones. UNO is one of the most popular cards game and you will surely be addicted to it.

The UNO card deck consist cards of 4 colors: red, blue, yellow and green. The deck also consists of special action cards like skip, draw two and reverse. In this game the player has to match symbols or colors and can make the game more interesting with the special cards. If the player does not have any card to match then he can pick it up from the stock.

“This agreement is the first step towards a long and successful relationship between Mattel, one of the world’s premier toy companies and Gameloft, the global leader in video game development,” states Michel Guillemot, president, Gameloft. “UNO is one of the most recognized card games in the world and we are excited to extend it beyond mobile and onto a whole host of console executions.”

An exciting and interesting game for mobile phones, it will be available in 2009. Whether you can play this game for free or you will have to pay for it is not yet known.