Home General Twitter now allows you know what happened ‘While you were away’ on...

Twitter has rolled out its ‘While you were away’ feature for Android users nearly a month after releasing it for Apple iOS. Back then, the company had promised that it would be coming to devices running on Google’s mobile OS as well as desktops a little later. It’s here alright, though only for Android at present.

‘While you were away’ fixes the problem keeping a huge chunk of potential users away from Twitter, that of updates from accounts they would care about getting buried under newer tweets. Not everyone stays signed into the social networking and micro-blogging site at all times so as to remain in the loop about relevant tweets from people they follow. 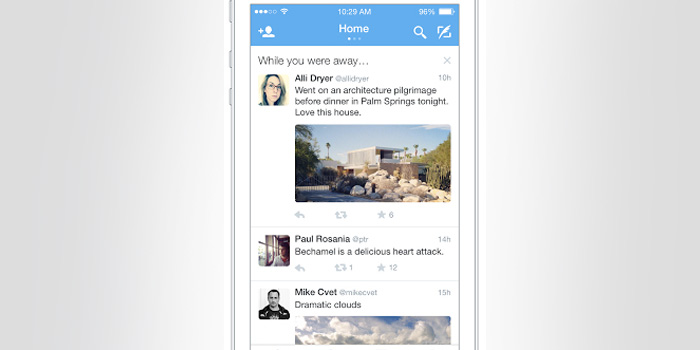 Whether it’s because some companies ban the use of social networking portals at work or to avoid data charges, folks do spend time away from Twitter. If you’re familiar with the clutter that greets you on Facebook each time you sign in, the experience will be somewhat similar, though not as annoying and definitely lighter on ads.

Also see: Twitter debuts ‘While you were away’ for iOS, Android and desktop support coming soon

Loyal Twitter users are not likely to greet the change with much enthusiasm. But then, this is not the sort of crowd the company is aiming for with its latest tweak. Those who don’t log into the website regularly will be greeted with more ‘While you were away’ content, while members who stay signed in will barely notice the difference.

The update is meant to keep Twitter’s shareholders happy by bringing in more users, the sort of folks who are better adjusted to Facebook and don’t appreciate tweets zooming by in their timeline ‘while they were away.’ Content is picked automatically based on algorithms taking into account engagement and other relevant factors.

You can get the Twitter app for Android by going to this link on Google Play Store. As we’ve mentioned above, ‘While you were away’ is yet to hit desktops.