The Samsung Galaxy S6 smartphone is less than 5 months away from making its debut and this is all the convincing you’ll need to believe that the next flagship is already in the works. Seeing as the company’s top-tier S5 smartphone isn’t doing all that well in the market, it plans to change its approach with the next release.

And it’s doing so by designing the Samsung Galaxy S6 from scratch. This means that we might finally see the company move away from its traditional design language that it’s been using for years and on almost every handset it releases. There’s nothing concrete on the form factor as yet, but SamMobile has managed to get a good deal of information on the probable specs. 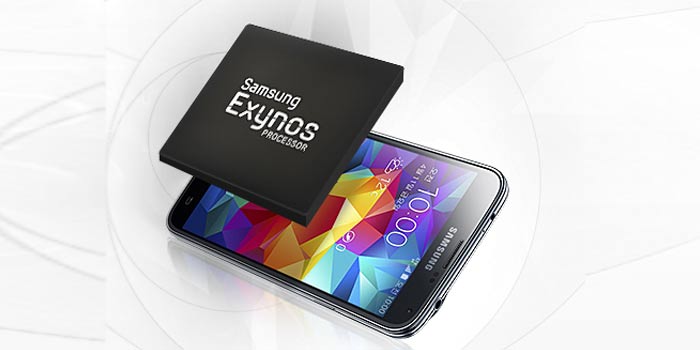 The website notes that the device will offer a Quad HD display of 2560 x 1440 pixel resolution. This isn’t surprising since we’ve already seen a variant of the Galaxy S5 arrive with a 2K screen of 5.2 inches. However, if the company wants to make the most out of the high-resolution panel, it’ll need to go as high as 5.5 inches.

The processor here will be the Exynos 7420 from the latest lineup with 64-bit support and Samsung could couple it with its in-house LTE modem. However, there’s word that it might instead use the BCM4773 chip from Broadcom which packs several sensors for reduced power consumption.

A model with a Snapdragon processor is also mentioned and we’re most likely to see the S810 octa core chip onboard. For memory provisions, Samsung will go with 3GB of RAM and internal storage options of 32GB, 64GB and 128GB. There might not be a 16GB version which is great news.

Coming to the cameras, the front snapper will be upgraded to 5MP to stay at par with the recently launched mid-range phones. And where the rear imager is concerned, the company plans to go with a Sony IMX240 sensor which is also found on the Galaxy Note 4. However, it’s still deciding between 16MP and 20MP snappers.

And lastly, Android 5.0 Lollipop is an obvious feature on the upcoming flagship. Do note that the Samsung Galaxy S6 is still in the early development stage and the aforementioned information is yet to be authenticated and could change in the future.