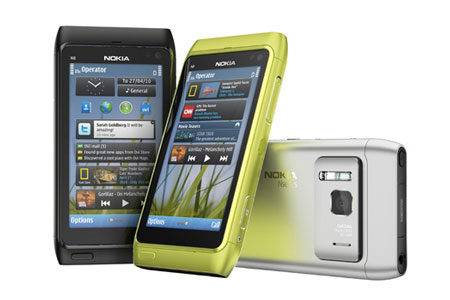 Nokia has surely silenced speculations of it dropping the Symbian^3 OS from its future smartphones. The official Nokia blog has unveiled a joint statement from its CEO Olli-Pekka Kallasvuo and CFO Timo Ihamuotila addressing various industry analysts about the integration of Nokia devices with Symbian^3.

One thing that comes across from this conversation between Nokia’s highest post holders and trade analysts is that ‘Symbian will remain at the heart of Nokia smartphones in the future’. The company heads, have disclosed that users can expect the shipping of over 50 million Symbian^3 devices starting with the N8. These along with devices operating on other Symbian versions will continue making their presence felt.

“The feedback from operators on the N8 and Symbian^3 has been very good,” he stated. “The Nokia N8 will have a user experience superior to that of any smartphone Nokia has produced. I’m optimistic that the N8 will be the first step towards overcoming the challenges we face at the high end of our portfolio.”

OPK touched on the role of Symbian and MeeGo in Nokia’s portfolio.

In his words: “Symbian is about leveraging scale and expanding the smartphone category to cover a broad mass market footprint. In contrast, MeeGo is about leveraging speed and agility to create industry leading flagship solutions. Symbian and MeeGo have different sweet spots. We intend to capitalize on the unique strengths of each platform.”

The CEO and the CFO have attempted to further explain that the integration of Symbian^3 and N8, has redefined the way smartphones are developed by Nokia. One major reason for this change is attributed to the fact that this integration would make product development a lot easier since it is extremely software-centric. The company plans to keep this OS version constant for various handsets which would be quite beneficial for app developers. This proves to be a boon because now they would be available to create apps which can be used across the entire line up.

So mobile enthusiasts can anticipate various new handsets from Nokia packed in with Symbian^3 operating systems.